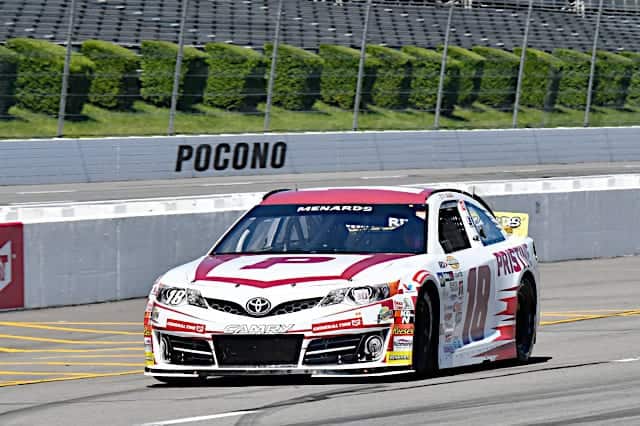 Gibbs posted the fastest time at 52.625 seconds, 0.682 seconds ahead of the second quickest Corey Heim.

Making his first ARCA start this year at Pocono, Sam Mayer clocked in third fastest in his first race with Bret Holmes Racing.

Venturini Motorsports teammates Chandler Smith and Drew Dollar rounded out the top five,. Smith will be one of several ARCA drivers competing in double duty this race weekend at Pocono.

Greg Van Alst attempted to make his eighth career ARCA start, but misfortune struck him in this practice session. He hit the outside wall off turn 1, then spun into the inside wall. The damage to his No. 35 Chevrolet is too extensive, leaving him unable to compete in the race tonight.

And a look at the right side. pic.twitter.com/ZsR5V0Hcnl

Qualifying for this race will take place later today at 4 p.m. ET. The General Tire #AnywhereIsPossible 200 will then take place at 6 p.m. ET with TV coverage provided by FOX Sports 1.