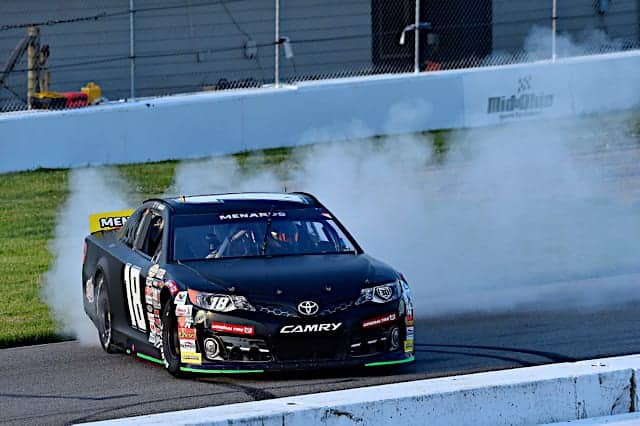 Gibbs won the ARCA race at Pocono last year, and he posted the fastest speed in this session of 169.917 mph.

Series points leader Corey Heim was second fastest with a speed of 167.629 mph.

NASCAR Camping World Truck Series rookie Chandler Smith was third, wheeling the No. 25 Venturini Motorsports Toyota. He is making his first ARCA start this year, and he’ll drive in two of the five races this race weekend at Pocono.

Rookie Nick Sanchez was fourth on the leaderboard. Sanchez is making his first start at Pocono.

Back-to-back ARCA Menards Series East champion Sam Mayer rounded out the top five. Mayer is making his first ARCA start this year behind the wheel of the No. 23 Bret Holmes Racing Chevrolet. Mayer will then debut in the NASCAR Xfinity Series two days after the ARCA race in the No. 8 JR Motorsports Chevrolet.