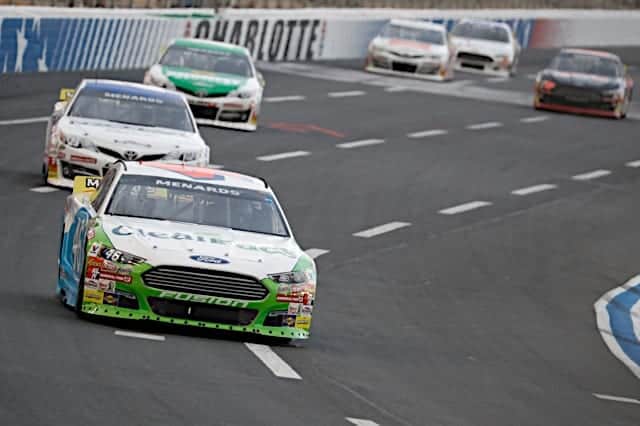 While the NASCAR Cup Series is competing on five new tracks and track surfaces this season, including Nashville Superspeedway this weekend, the ARCA Menards Series already has a diverse schedule.

This NASCAR-owned series welcomed Mid-Ohio Sports Car Course and Milwaukee Mile back on its schedule in 2021, and other tracks rejoined the schedule after its 2020 schedule was realigned due to COVID-19 protocols.

“Not only do you get to drive on some of the same racetracks, but you also get some diversity there, too,” Braden said. “They’re still connected to your short-track roots like this past week racing at Southern National Motorsports Park. As a driver, that’s an exciting part. I don’t know what more you could possibly put on the schedule as a type of track.”

ARCA President Ron Drager recently discussed how ARCA provides an opportunity for drivers to compete at tracks that are on the national NASCAR series circuit, such as Daytona International Speedway and Phoenix Raceway. Braden concurs.

“The cars are very similar to the next step, but it’s mostly important to race on those tracks and have TV coverage,” Braden said. “The ARCA series is still very expensive to compete in, but that seat time is a fraction of the cost to race in the national NASCAR series on those venues.”

“It would be great if they would race at more short tracks, but it shouldn’t be at the expense of intermediate tracks,” Braden said. “It’s almost impossible to cut stuff right now. Fairgrounds Speedway in Nashville has a big push for NASCAR to go there, so it’s great that ARCA goes there. That race gets more attention than some other tracks such as Salem Speedway. Most people moving up to NASCAR aren’t watching that race at Salem because they don’t really need to know anything about it.”

Braden advocated for more short tracks on the NASCAR Camping World Truck Series schedule to be combination races with ARCA, thereby offering drivers maximum track time on those courses. Without those, it’s harder to increase the car count.

“If you’re getting your feet wet preparing for the next level, a track such as Nashville is more relevant than Berlin Raceway because you might race there down the road,” Braden said.

While the team is only competing in super late model and pro late model events right now, Braden said “it’s our goal” to add ARCA to its program.

“It’d be great to take someone and develop their racing career within one organization,” he said. “That would bring us great value.”

While Braden doesn’t believe the Berlin ARCA race will garner as much attention as some other ARCA short-track events, he referred to the 7/16-mile short track in Marne, Michigan as one of his favorites. The track will host ARCA for the first time since 2018, though it was slated to host it last year before its date was realigned due to the pandemic.

For Berlin General Manager Jeff Striegle, who is also a Motor Racing Network announcer, hosting ARCA was a natural fit.

“ARCA grew up on the short tracks originally, which included Berlin Raceway,” he told Frontstretch. “ARCA and Berlin are a great partnership. Certainly, they’re right there in the Toledo area, only about a two-hour and 45 minute drive. This is one of their home tracks, though Toledo is the home track, Berlin’s not that far away. They’ve put on a great show here in the past and we’re excited to have them back for 2021.”

The fans’ support garnered Berlin a hefty payday when the fans voted it the winner in the Advance my Track Challenge presented by Advance Auto Parts.

Look at what showed up in the mail today. The bank won't cash it, but still pretty cool. ?? Thank you @AdvanceAuto @NASCAR @NASCARRoots #AdvanceMyTrack pic.twitter.com/KzH3IK4hKA

The Berlin staff have big plans for its $50,000 winnings.

“The Advance My Track winnings allow us to focus on three things,” Striegle said. “No. 1 is we will form our own nonprofit charity at the racetrack supporting disadvantaged kids in the West Michigan area. No. 2 is we’re going to enhance our turn 2 party deck in order to be able to host some of the organizations that cater and/or support disadvantaged kids in West Michigan. The deck will be transformed into a handicap-accessible area with more shade. We’re going to asphalt the area around the deck to make easier access for people. No. 3 is we’re celebrating our 71st anniversary here at the track. That concession stand is in need of improvement so we need to make it more user-friendly.”

Striegle is proud of the track’s synergy with ARCA.

Berlin will host the Zinsser Smart Coat 200 on Saturday, July 17. The 200-lap race will be the fourth race of the ARCA Menards Series Sioux Chief Showdown, a 10-race championship within the main ARCA series schedule.

“We hope this is the return to the ARCA schedule for years to come,” Striegle concluded.