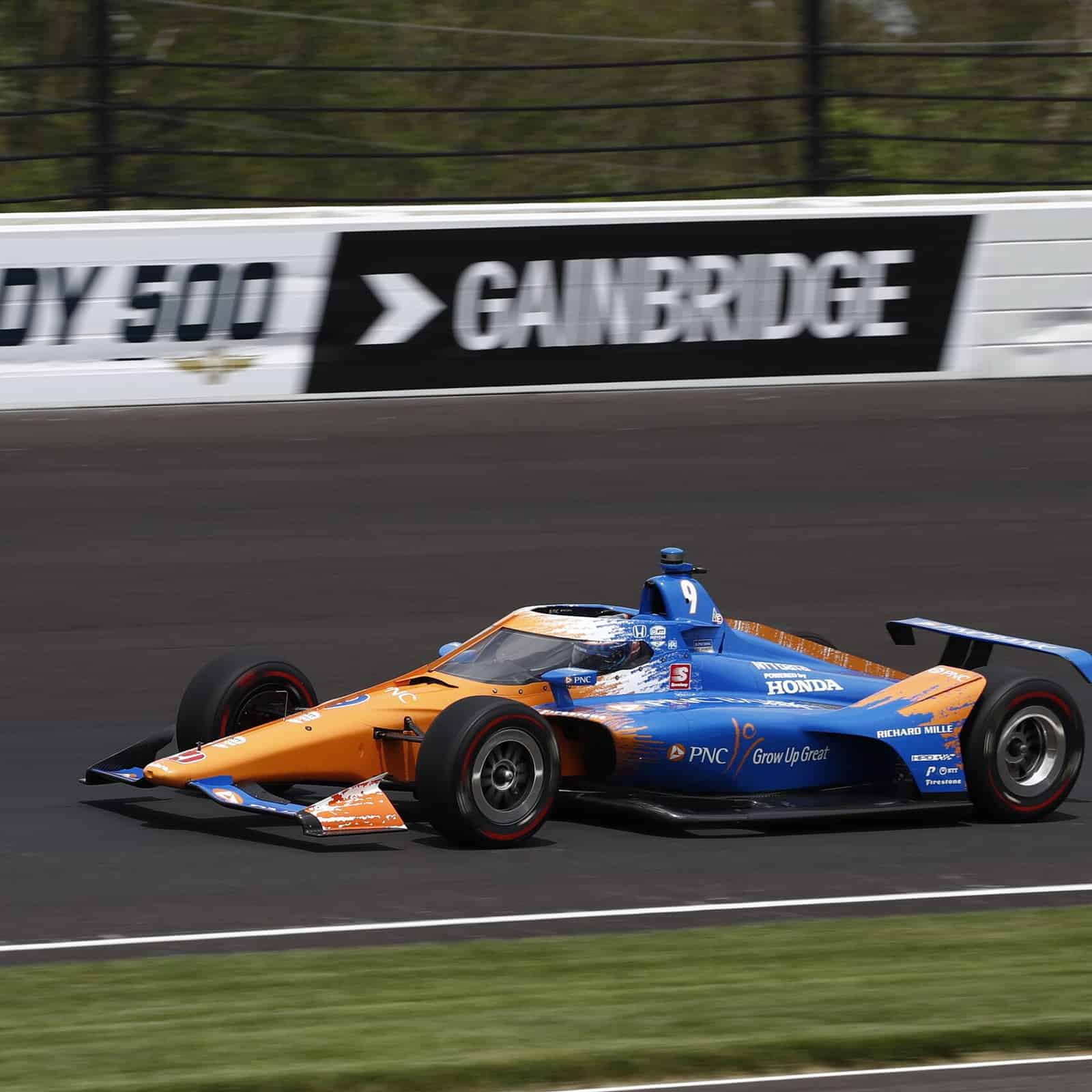 After winning the pole for the 105th Indianapolis 500, Scott Dixon’s crew called it a day with 47 minutes left in Friday’s two hour final practice for Sunday’s race.

After all, when you’re 1.2 mph faster than second fastest in practice, it’s safe to assume that your car is ready for the Greatest Spectacle in Racing.

The two-hour session was delayed by a morning rain shower that saturated the race track, however all 33 cars turned a combined 2,353 laps at IMS. Despite turning the fastest lap, Dixon doesn’t seem to be too upbeat about his pace.

“I don’t think it means anything at all,” Dixon said after practice. “It’s been good that our cars I think have been able to get speed out of them quite easily for this 500. Again, it doesn’t really mean too much.

“I don’t know. I think it’s more about you know how the car felt. I think we were pretty comfortable. I think all four cars, I haven’t seen the other two, I saw [Tony Kanaan] briefly, he seems pretty happy as well. Some of those are lucky if you line up a tow. Mine was lucky, T.K. helped me out on that one.”

While Team Penske struggled in Indianapolis 500 qualifying, the team did post the second, third, sixth and seventh fastest lap times in the session. 2018 Indianapolis 500 winner Will Power will start 32nd but his car was sixth fastest.

Most drivers either run their race day setups or run a setup close to what they’ll have for May 30th. With Power’s car being as fast as it was, the 2014 IndyCar champion may have a good result in his future, but the pace in getting to the front has to be just right.

“You can’t be too conservative, but you can’t be too aggressive either,” Power said after practice. “You don’t want to end up in the wall. Just a methodical day. Good pit stop sequences, maybe fish for a lucky yellow, strategy call like that.

“Yeah, you can’t force it around this place. You just can’t. You got to get a good balance and get in that rhythm. It’s very difficult to tell if you can pass 32 cars back. Like last year at the start, qualified 24th or something. Yeah, you couldn’t do much at all. It’s a bit more downforce this year, I’m hoping that you can, if you got a bit better car, get through a few cars.”

“We were pretty good. I think it was just a much more difficult science project today,” Daly said after practice. “I think when you work towards the days getting hotter and hotter, we thought we made the right moves. I was very happy Sunday afternoon. Sunday afternoon I was like let’s go racing right now. Now I want another four days of practice.

“I think we made some progress towards the end. We’re not bad, but I didn’t feel as sporty as before. We’ll have to put our thinking caps on, go through our notes.”

No drivers had wall contact in the two hours of practice.