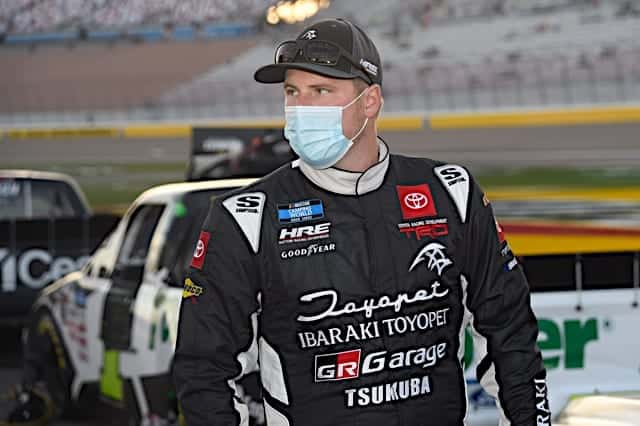 The Winston, Ga., driver set a time clocking in at 177.684 mph to top the charts after the one-hour session.

Hill’s No. 16 United Rentals Toyota barely edged out second-place John Hunter Nemechek by less than one tenth of a second. Points leader Nemechek’s time was clocked at 177.585 mph.

Carson Hocevar, Sheldon Creed and Tanner Gray rounded out the top five in the session.

Both Dollar and Peters will be using backup trucks for tonight’s race.