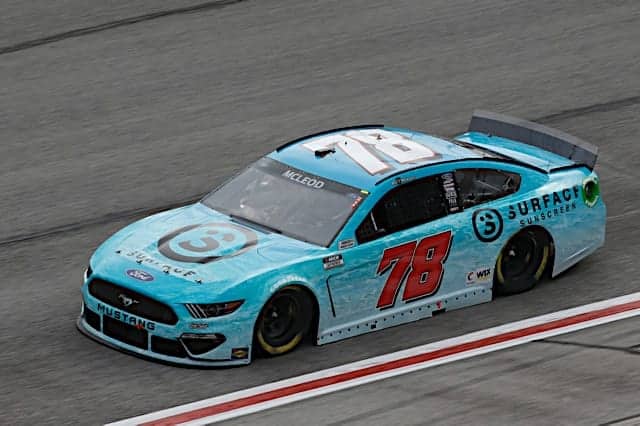 Tilley will drive the team’s No. 78 in the series’ inaugural event at COTA.

In addition to COTA, the 33-year-old sports car racer will be behind the wheel of the No. 78 for three additional road course events at Road America, Watkins Glen International and the Indianapolis Motor Speedway road course.

The globetrotting Englishman has five podiums in six starts in the IMSA WeatherTech Sports Car Championship in the LMP2 class, including a class win in this year’s Rolex 24 Hours of Daytona and a runner-up performance in the 12 Hours of Sebring. May 23 will be the Asian LeMans Series Pro/Am Champion’s first time competing behind the wheel of a stock car.

“To say I’m excited would be an understatement,” Tilley said in a team release. “I have always been a big fan of NASCAR and the close racing it provides. To have the opportunity to go up against the best at COTA is going to be both a huge challenge and a learning curve, but one I am really looking forward to.”

The entry will also mark the NASCAR debut of sponsor Battle Associates and Bremont Chronometers.

Tilley will be the third driver to make their series debut in the No. 78 in 2021, following Scott Heckert at the Daytona International Speedway road course and Shane Golobic at the Bristol Motor Speedway dirt track.

In the midst of its first season at the Cup level, the No. 78, which has mostly been driven by team co-owner BJ McLeod, is 33rd in owner’s points entering this weekend’s race at Dover International Speedway.