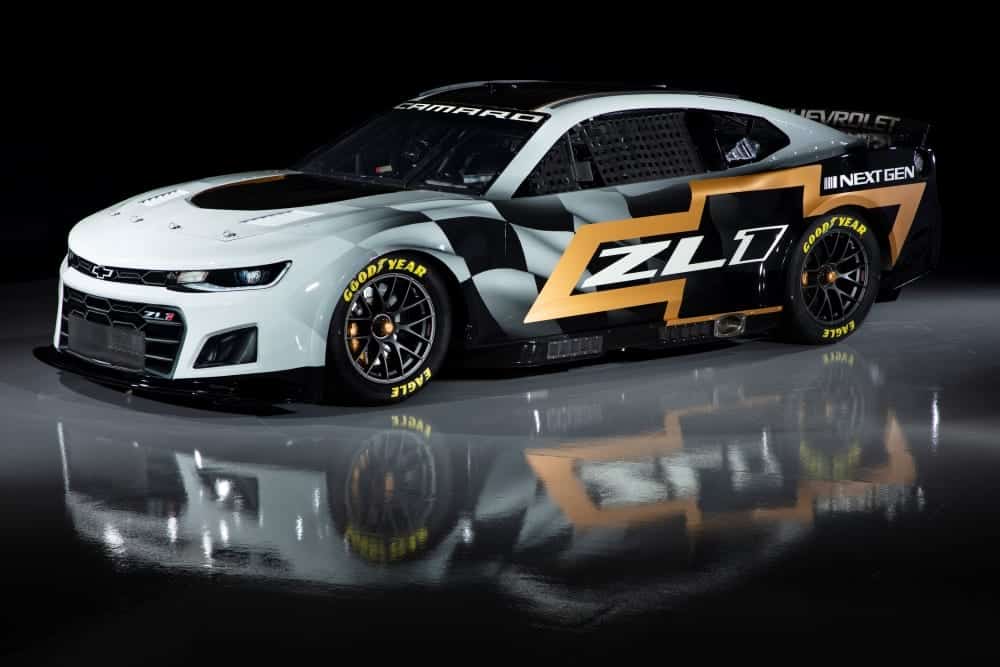 After a long wait, NASCAR revealed on May 5 the Next Gen cars that will run in the Cup Series starting in 2022.

Teams will utilize the Chevrolet Camaro ZL1, the Ford Mustang and the Toyota TRD Camry.

Some of the features include an independent suspension, more mechanical grip and a symmetrical composite body that’s less likely to do damage. According to the spec sheet, the spoiler and horsepower is to be determined based on track type and size. Wheels have a single lug nut.

“If you look at where Gen-6 is today, there’s a big component of it that’s around wind tunnels and simulation,” John Probst, NASCAR’s senior VP of racing innovation, said, referring to the Cup Series’ current model. “And while that will always be in our sport and rightfully so, we felt like we needed to have that at a level that’s commensurate with the amount of attention that the fans get out of it. We don’t sell tickets to the wind tunnel or to watch engineers run simulations, so just trying to keep things focused on the race track. …

“I think now that the range of adjustment (teams) will have on a week-in, week-out basis will exceed what they have as an opportunity with the hardware they’re running today.”

2022 will be headlined by the Toyota TRD Camry, the Ford Mustang and the Chevrolet Camaro ZL1. pic.twitter.com/plphH4h7bt

“This new car’s going to allow them to get into the wall a little bit, get into each other a little bit, without really any worse for the wear as far as the performance of the vehicle,” Probst said. “We’re really hoping that this encourages them to get a little bit even more aggressive, if that’s possible. Our drivers are pretty aggressive already, but we think this composite body will really allow them to bump and bang a whole lot more.”

Other aspects of the car include bigger tires, a new front splitter, a flat underbody and a rear diffuser that lowers the effects of “dirty” air behind it. The vehicle is two inches higher off the ground than the current Cup car. Energy-absorbing foam bumpers will be in front and back; roof flaps include a lower-mounted diffuser flap to keep cars sliding backwards on the ground.

More in-car cameras are expected to be on every Cup car. “Our goal is to have more cameras and more camera angles than ever, so that we can engage our fans and get them inside the car with their favorite driver,” Probst said. “We’re working out how to get more data out of the ECU (electronic control unit), getting more camera angles, higher-definition cameras, 360 cameras — you name it — so that when this thing goes live in 2022 that we’re bringing our fans something they haven’t seen before, from the car perspective but also from the broadcast perspective.”

Drivers will also use a new sequential five-speed shifter that allows racers to bump forward and back to change gears.

The car will include a rear-mounted camera to help drivers see behind them.

The NextGen car will debut virtually on iRacing this evening at Darlington Raceway.

Sounds a lot like what the ASA did with their touring series cars!

And theoretically will put a few more people out of work. Which given the stated goal of reducing cost isn’t going to upset the teams.

Think the most promising part is the composite bodies. While I suppose there are a lot of games that can be played in the mounting of the bodies it ought to help.even things out.

Win for the owners, not so much for the fans. It takes the variables out that make it more interesting for me, but I am an long old fan. I remember hoping your driver’s engine didn’t blow before the end of the race – that was drama.
No more lug nuts, no more debris on the grill, no more sheet metal bent, no more missing a shift. Seem a bit closer to sim racing.
I do like the lower profile tires and that is about it. I will say this is way better than the COT, that is for sure. Have to see the product on the track.