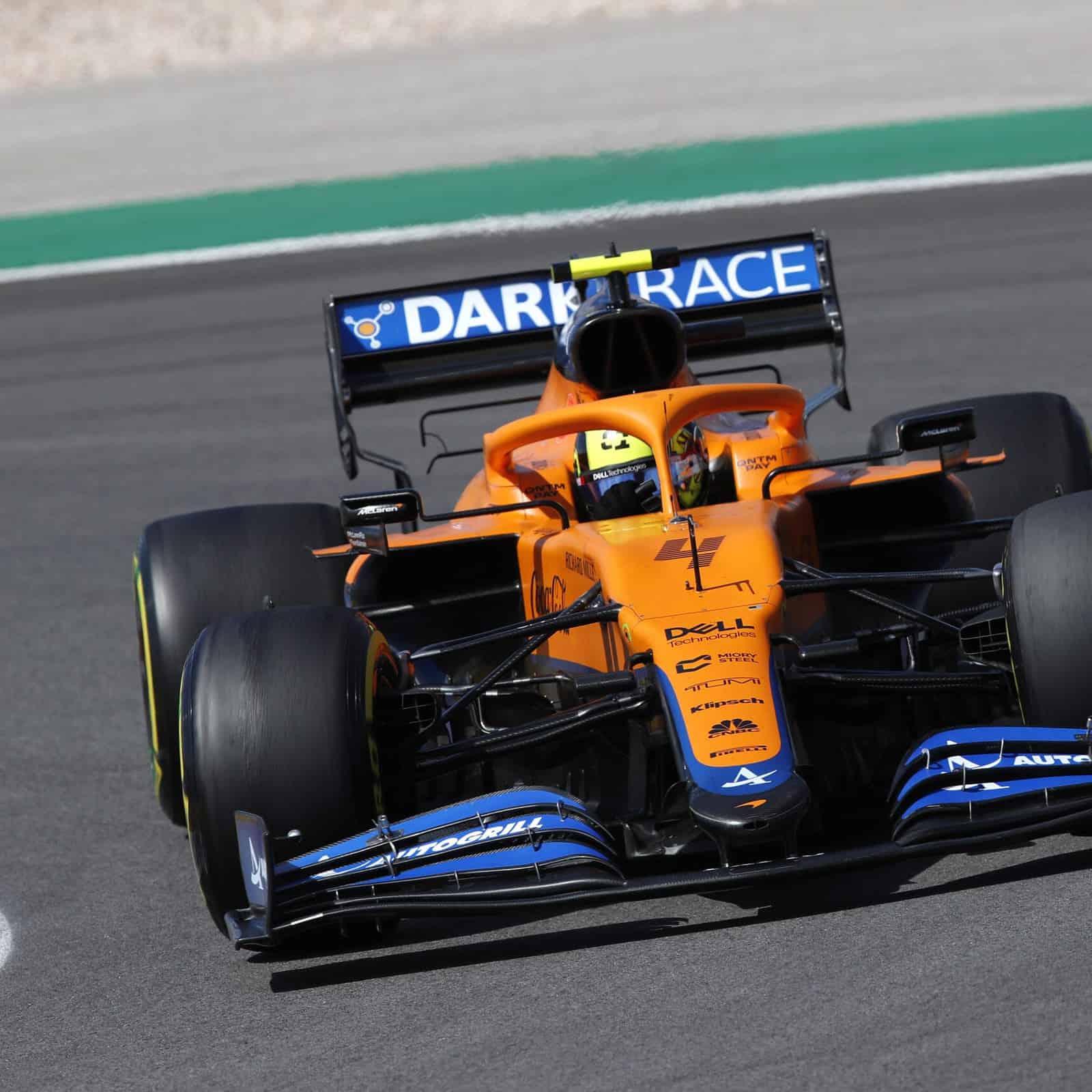 Lewis Hamilton did it again in Portugal, cruising to his 97th Formula 1 win.  Max Verstappen tried to apply some pressure to the Briton but could never muster the pace to do so. Valtteri Bottas, the pole-sitter, finished third after a confounding drive.

For the full race results:

To be straightforward, this race is not one that will go down as one for the ages. Once Hamilton overtook Bottas, any sense of drama for the race win evaporated. Even the midfield battles lacked the close-racing intensity as the gaps became stabilized.

Verstappen stated after the race that Red Bull just did not have the pace to compete with Mercedes, a remark that seemed obvious. Hamilton faced no pressure from Verstappen, a situation that seemed striking considering how Red Bull has supposedly built a car that matches the Black Arrows performance.

That Hamilton passed Verstappen with ease on lap 19 offered all the evidence needed to recognize that Mercedes still is maintaining its dominance. Hamilton now has earned two wins this year and holds an eight-point advantage in the standings (69–61). That is not conclusive proof that Hamilton is already cruising to the title but does indicate that Hamilton is still the one to beat. As he ekes out a lead, the more difficult it will become to close the gap.

As for the rest of the field, no team is able to match pace with Mercedes or Red Bull. The teams of McLaren, Ferrari and Alpine look to have found a battle all to their own. Of the three teams, five of the six cumulative drivers finished in the points. Had Carlos Sainz not lost out to Gasly for 10th, all six would have scored points for their teams. Perhaps the battle for the midfield will be just as fascinating as the one for the top spot.

– After underwhelming in his first two races coming back to F1, Alonso used his poor qualifying result as motivation and finished eighth. Alonso even stated that anger from Saturday’s (May 1) qualifying is something that he used to push his way forward during the GP.

In addition, Alonso felt that he finally was pushing the car to its limit, something he felt he had been unable to do previously. The fact that his teammate Ocon earned seventh shows that Alpine might be starting to find its footing in the 2021 season.

– One way to humorously define Norris is to think of him as the Little Engine that Could. Of course, there’s no reason to smack down Norris’ slight stature, especially as he continues to deliver excellent results. At this point, Norris looks to be a talent in the making, and the big question will be whether McLaren can develop a car that can take him to the front.

Norris finished fifth in Portugal and now sits third in the points standings and five points ahead of Bottas (37-32). He has also more than doubled the points total of his teammate Ricciardo (16), staking claim as Driver No. 1 for the team. Norris is now consistently taking the place of the fastest driver in the midfield and looks poised to score a win should strategy go his way.

– Poor Bottas. There are times when Bottas looks inept even while driving the fastest car on the grid.  Occasionally, he looks like a decent driver that can wheel it and shows glimpses of talent. Then there are the times when all one can do is wonder – and the Portugal GP is the latter.

Bottas earned the pole, held the lead after the safety car period and then seemed to lose steam. He admitted that the car lacked pace after the safety car but could not explain why. Then, after pitting and coming out on hard tires with no temperature, allowing Verstappen an easy pass, Bottas fell back by more than five seconds. His race again appeared to be a head-scratcher.

It turns out that Bottas had an exhaust sensor issue that caused the car to lose pace behind Verstappen. Once the issue was resolved, however, Bottas was able to show pace again and even claimed the extra point for fastest lap. But at some point, these peculiar outings are going to lead to his ouster.

– Apparently track limits are a bizarre concept to Yuki Tsunoda. For the second straight race, Tsunoda received warnings for track limits infraction. The Japanese driver was pushed to F1 quickly, and while he has shown great pace, the 20 year-old has shown trouble with this one aspect of racing. Reeling in this aspect has to become a priority for Alpha Tauri as the series heads to Barcelona next week.

– On the second lap of the race, Kimi Raikkonen drove into the side of his teammate on the frontstretch. He splintered his front wing, lost a tire and ultimately retired from the race. Everything about the incident appeared weird, and that might be an understatement.

It turns out that Raikkonen was doing something that road drivers do on a frequent basis, being distracted by technology and making a mistake. More specifically, Raikkonen was checking an adjustment on his steering wheel and did not keep track of where he was, ending his day early for his error. Take from that what you will.

Hamilton after the win stated, “I think that’s definitely what I want from a racing point of view, and this track is really great because you can have certain different lines at certain different corners, just like Austin, and so it was really awesome.”

Bottas came across as baffled after the race, remarking, “I don’t really know in the first stint why I didn’t have the pace; I felt like everything in terms of the restart, everything was good from my side, but I could see quite quickly in the race with the mediums I didn’t have pace like Lewis and Max had, and I have no idea why.”

Raikkonen took the blame for the contact between him and his teammate with his usual aplomb, saying, “It’s my fault, I had to change some switch and got it wrong on the first try, and then I was checking it was right, and I just ended up driving into him.”

The Results – Portugal Grand Prix (May 2)