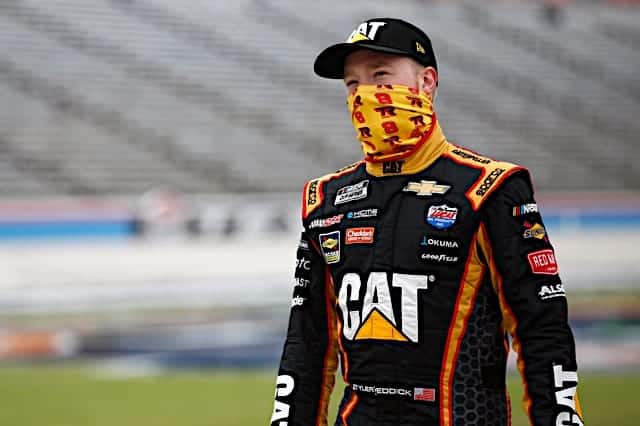 The NASCAR Next Gen car is slated to appear for its next test session on April 6-7 at Darlington Raceway.

Sophomore Cup Series driver Tyler Reddick will get his first feels for the new car in a two-day tire test.

It will be Reddick’s first appearance behind the wheel of the new car as well as the first test at the Lady in Black. His Richard Childress Racing teammate Austin Dillon took part in the inaugural test at Richmond Raceway in October 2019.

NASCAR also tested the Next Gen car at Martinsville Speedway in a two-day test on March 30-31. Manufacturer-specific cars took to the track for the first time on those dates.

According to NASCAR officials, the development of the new car is complete and the focus now shifts to the tires. In addition, Bristol Motor Speedway and Texas Motor Speedway will also hold tire tests later in the year, according to officials. The car Reddick will test is a composite body, which is the body the NASCAR Xfinity Series uses.

Darlington is set to hold the first of two races in 2021 on May 7-9 for its annual throwback event. For the first time since 2004, the South Carolina track has two dates with the second race opening the NASCAR playoffs.