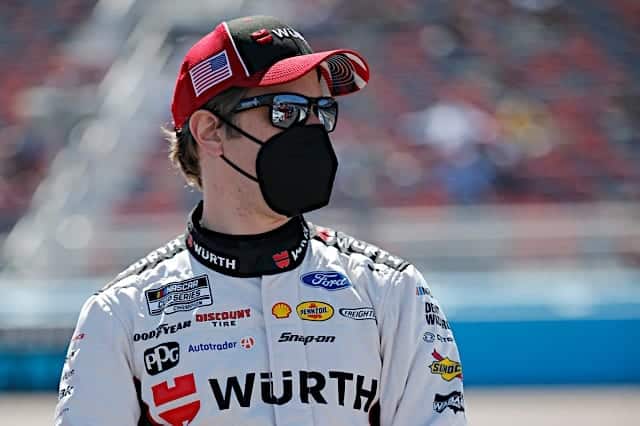 The lineups were formed using a random draw, setting Houff ahead in heat one, Keselowski in heat two, Bowman in heat three and LaJoie in the final heat.

The first three 15-lap races will have 10 drivers, while the final heat contains nine racers.

These heats will help determine the starting lineup for the main event on Sunday, March 28. Heat winners earn 10 points, second place gets nine points, and so on. Also, competitors will earn one point for each position they gain in their qualifying race; these points add to their points for finishing position. For example, if the driver starting 10th finishes first, he will receive 19 points.