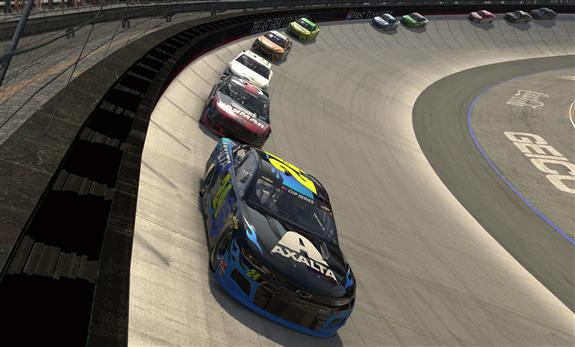 The schedule and format for the eNASCAR iRacing Pro Invitational Series event on the Bristol Motor Speedway dirt track has been revealed.

FOX Sports 1 coverage starts on Wednesday, March 24 at 6 p.m. ET as drivers practice for the upcoming events. Then, at 7:50 p.m. ET, there will be a qualifying session to set the fields for three 20-lap heat races. Drivers will use the best time of two laps on the track.

Cautions will be set manually. Drivers will have two resets available to repair their virtual cars. If the event goes past its scheduled distance, only three green-white-checkered attempts will be allowed.

Dale Earnhardt Jr. is set to compete in the series with NASCAR Cup Series stars. The full entry list for the event will be revealed next week.

The series was first introduced last year during the pause in competition due to the COVID-19 pandemic. Drivers raced in seven events starting on March 22 and ending on May 9.