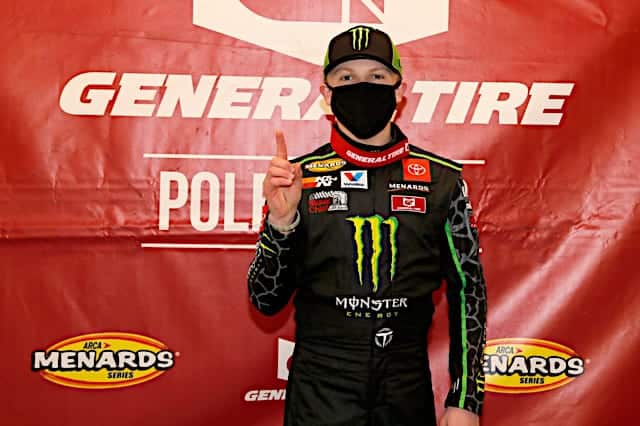 Inclement weather forced ARCA Menards Series officials to cancel qualifying for the General Tire 150 at Phoenix Raceway on Friday evening (March 12). As a result, the lineup was set via the rule book, so Ty Gibbs will start first.

Gibbs gets the pole after posting the fastest time in the lone practice session earlier Friday. He led a race-high 122 of the 150 laps in last year’s ARCA race at Phoenix before ultimately finishing in fifth place.

Taylor Gray will start fourth in his first national ARCA start of this season. Fellow Venturini Motorsports driver Gracie Trotter will round out the starting top five.

The General Tire 150 is slated to begin Friday, March 12, at 7:30 p.m. ET. TV coverage is provided by MAVTV and available on TrackPass on NBC Sports Gold.