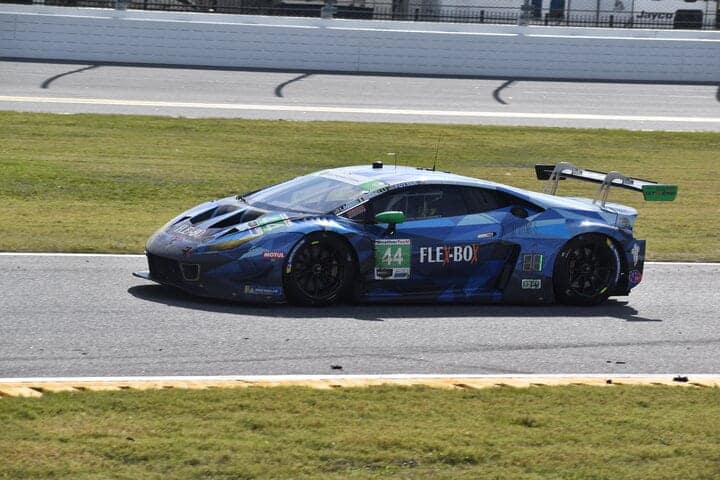 Magnus Racing and Archangel Motorsports separately announced Monday (Dec. 7) that they will team up to field the No. 44 full-time in the IMSA WeatherTech SportsCar Championship in 2021.  The team, which will be known as Magnus with Archangel, will run an Acura NSX GT3 EVO in the GT Daytona class.  Andy Lally and John Potter, who have driven together as teammates in IMSA/Grand-Am competition for seven of the past nine years, will once again team up for the 2021 season.

For Lally, the move is a return of sorts.  The original iteration of Archangel Motorsports fielded Lola B2K/40-Nissans in Grand-Am’s SRPII class.  Lally joined the team in 2001 and won three races (including his first class win in the Rolex 24 at Daytona) en route to his first major championship.  In addition, Lally drove for Stevenson Motorsports in the then-Continental Tire SportsCar Challenge when Archangel Motorsports owner Mike Johnson was the Team Manager.

“If you told me the day after we won the 2001 Rolex 24 that Mike [Johnson] and I would go on to win the championship, then come back 20 years later to try it all over again I wouldn’t believe it,” Lally said in a press release.  “We’ve worked with each other on and off with four other teams over the years, I’ve been the best man at his wedding and we’ve won a lot of races together, but to come back together for a full program under the Archangel banner is just awesome. The synergy is great between John [Potter], Mike and myself and with John and Mike both growing up close to each other in the St Louis area everything seems to be a natural fit.

Lally also has experience with Acura, although that did not come with the Evo version of the NSX GT3.  Lally was chosen as one of the eight factory-backed drivers for the NSX’s first year of competition (2017).  Teamed up with Katherine Legge, the No. 93 Acura had an up-and-down season topped off with victories at Belle Isle Park and Watkins Glen.  Trouble in other events dropped Lally and Legge to a sixth-place finish in GT Daytona points.

For Potter, this will be the fourth different make that he’s raced since the beginning of 2016.  He’s game for the change, though.

“I have known Mike for over 10 years and am excited to be teaming up with him for this next year,” Potter said.  “[Johnson] and I have had a lot of separate success and I hope that together we can have more.  I am excited to join the Acura and HPD family and am looking forward to driving the Acura NSX GT3 EVO.  The car has had great success for the last few years and we hope to continue that!”

Magnus Racing operated in 2020 in collaboration with GRT Grasser Racing Team under the title of GRT Magnus.  The plan was for the team to race as a sister operation to GEAR (Girl Empowerment Around Racing) Racing.  However, GEAR Racing only competed in Daytona in January before the shutdown.

In 2020, Lally and Potter finished ninth in GTD points with two podium finishes.  The team was strongest in the endurance events, finishing second in the Rolex 24 at Daytona and third in the Motul Petit Le Mans at Michelin Raceway Road Atlanta.

Magnus with Archangel did not announce additional endurance drivers.  That information will be released at a later date.