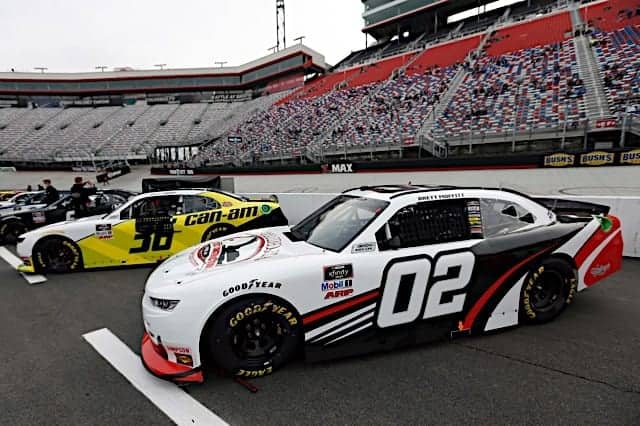 Brett Moffitt is moving full time to the NASCAR Xfinity Series in 2021.

Moffitt will drive the No. 02 for Our Motorsports, the team announced Nov. 12.

The former Gander RV & Outdoors Truck Series champion was the No. 02’s primary driver in 2020, competing in 29 of the season’s 33 races. He earned one top five and seven top 10s for the team, a newcomer to the series after previously competing in the ARCA Menards Series.

“2020 was a learning year for the entire Our Motorsports operation and the program is now ready to step up to another level,” Moffitt said in a team release. “I’m thankful for the last two seasons with GMS Racing and the support Maury Gallagher, Spencer Gallagher, Ron Booth, Mike Beam and the entire team gave me.”

Moffitt moves up from the Truck Series, where he had spent multiple seasons competing for the championship, including the last two for GMS Racing.

His replacement in GMS’ No. 23 has not yet been announced, but the organization has already re-signed defending champion Sheldon Creed, Zane Smith and Tyler Ankrum.

Thus far, sponsorship for Moffitt has been announced for four races from FR8 Auctions.