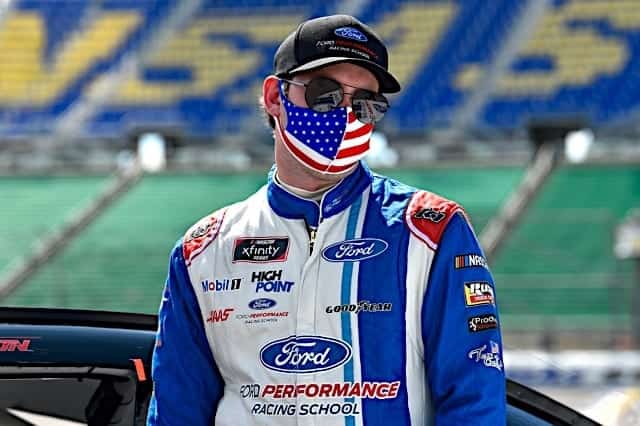 Chase Briscoe and his No. 98 Stewart-Haas Racing team have had a stellar season in the NASCAR Xfinity Series. The last three races have been not so fun for them though, as they haven’t scored a single top 10. Even though they head into the playoffs as the co-favorite, could this be concerning?

Should we still expect Briscoe to be where he has been all season? Is there any reason for concern, or is this all just experimenting with setups?

The pandemic shook up the entire world this year, but in the sport of NASCAR, it allowed us to see who has the strongest team overall. Teams have had to unload off the truck and race right away, something that has not happened before. There are so many what ifs, but Denny Hamlin and Kevin Harvick have proved how strong their teams truly are. Many wonder though if there would have been more of a spread of winners with practice and qualifying .

Who do you think suffered most from the post-pandemic rules? Would we have seen more winners and less of Hamlin and Harvick?

Q: Do you have any concern about Chase Briscoe’s recent performance, or is this just experimenting before the playoffs? Gary R., Tempe, AZ