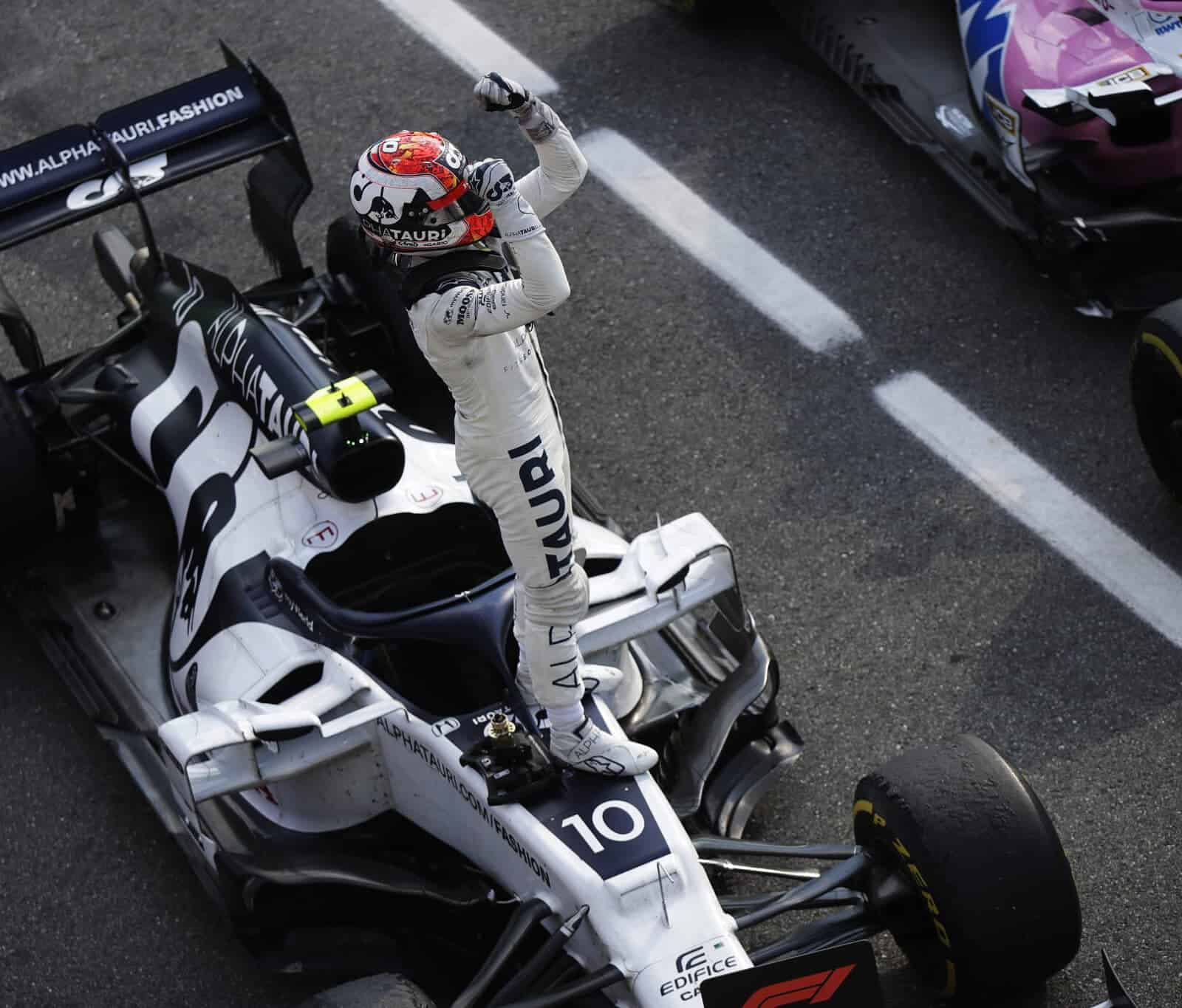 In 2020, it seems like anything can happen. The Italian Grand Prix was just the latest example as unpredictability has finally made its way over to Formula One.

Heading into this race, it seemed like the same old, same old in F1 this season. Lewis Hamilton and Mercedes dominated both practice and qualifying sessions.

But Sunday, Sept. 6 was not a normal day.

Following Gasly, a mere four-tenths of a second back, was McLaren’s Carlos Sainz Jr. Canadian Lance Stroll in the Racing Point entry completed one of the youngest podiums in F1 history as all three drivers clocked in at age 26 or younger.

Lando Norris and Valtteri Bottas would complete the top-five finishers.

In Claire Williams’ last race as part of her formerly family-owned team, it was nearly a storybook points finish. Williams’ Nicholas Latifi would wind up 11th, tying both his best career finish in F1 and the team’s best result of the year.

Max Verstappen, Sebastian Vettel, Kevin Magnussen and Charles Leclerc would all DNF from the Grand Prix.

Hamilton, starting from the pole, would get a marvelous jump while teammate Bottas would sink like a rock on the start. While Bottas felt like he had a puncture, Mercedes was unable to find a probable cause for his lack of pace.

Vettel would be the race’s first retirement after losing his brakes going into the Rettifilo. Fortunately, Vettel would only obliterate a Styrofoam barrier and not hit any other competitors. A few laps later, Haas F1’s Magnussen would grind to a halt just outside of pit lane, setting up the craziest chain of events in recent memory.

Due to where Magnussen was stopped, the FIA closed pit road for the extraction of his stricken Haas car. Everyone got the memo, except for Antonio Giovinazzi … and race leader Hamilton.  Both drivers came down while the track lights displayed the red “x,” signifying the closure, and the FIA would ding both drivers with a 10-second, stop-and-go penalty.

Neither driver would get a chance to serve their penalty, though as the race would go straight back to the safety car. To make a bad day even worse for Ferrari, Leclerc would suffer a horrendous accident in the Parabolica. The Monegasque driver would overcorrect and slam into the tire barrier at nearly full speed, ending his afternoon. The resulting red-flag condition nailed the coffin shut for Mercedes as Hamilton, after serving his penalty, lost too much track position to contend.

Once the red flag was over, Stroll, who restarted second, would be jumped at the start by Sainz and Gasly. Without Mercedes, the race heated up at the front; the top-five drivers could’ve been covered by a blanket.

Further back, the veterans were struggling. Hamilton came out 30 seconds behind the leader after serving his penalty, fighting to work his way back into the top 10. And Verstappen would retire from the race a few laps from the end, citing an apparent mechanical failure.

As the white-flag lap started, Sainz would be all over Gasly for the lead. Sainz was sliding through the corners, trying to gain anything on the Frenchman, but he would have to settle for second. Gasly would claim victory in an improbable, wild finish to this Italian Grand Prix event.

“Honestly, it’s unbelievable, I’m not sure what’s happening right now,” Gasly explained to 2009 world champion Jenson Button after the race, as reported by motorsport.tech. “It was such a crazy race and at the end, we capitalized on the red flag. The car was fast, we had a really fast car behind us.

“I have been through so much in the space of 18 months. My first podium last year, I was already like ‘wow!’ and now my first win in Formula One with Monza, I’m struggling to realize.”

It was a wave of emotions atop the podium for Gasly, indeed. In the past 18 months, he was sacked by Red Bull Racing and endured the tragic loss of his friend Anthoine Hubert in Belgium last year. Gasly, who is the 109th different Grand Prix winner since 1950, is also the first French one since Olivier Panis won the 1996 Monaco Grand Prix driving for Ligier.

For his team, AlphaTauri, it would mark their second victory at the Italian Grand Prix with the first coming in 2008 with Vettel. It would also be a home victory as AlphaTauri is a proudly Italian team.

Fans, get ready as on Sunday, Sept. 13th, the teams will travel to a brand-new racetrack. The Mugello Circuit will play host to the 2020 Tuscan Grand Prix, marking F1’s second of three stops in Italy. Since nobody has raced here in an F1 car, it’s a complete unknown as to who’s the favorite. However, Ferrari has a bit of a homefield advantage as they double as the racetrack owners.