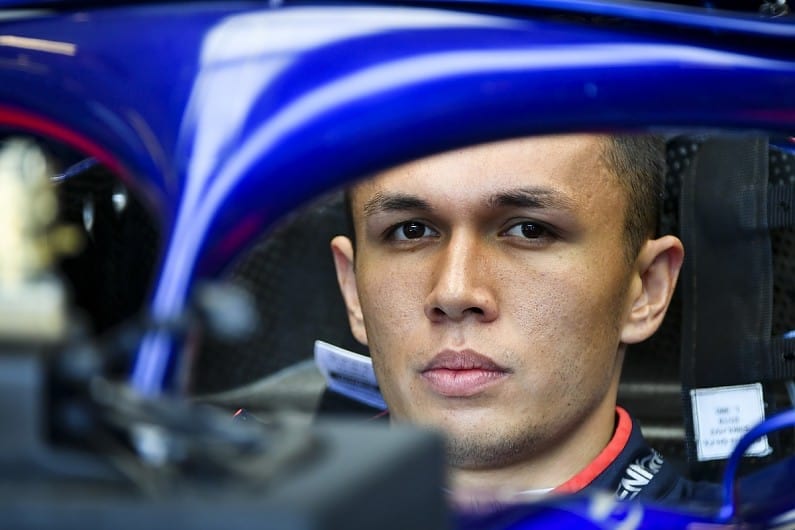 With Formula 1 taking this upcoming weekend off so that IndyCar can hog all the open-wheel glory, it’s time to run through the mix of things surrounding the sport.

The season is nearing its midpoint, having raced six of the 13 events on the schedule, and Lewis Hamilton looks unstoppable, and Mercedes is all but due to boast about another constructors title.

Even Red Bull looks like they are cementing their place as second-best on the gird, much like their driver Max Verstappen. But behind the Milton-Keynes operation sits one of the best battles in the sport.

Fighting it out for third are Ferrari, McLaren and Racing Point, and they all sit within three points. Racing Point in their pink pseudo-2019 Mercedes is in third with 63 points, followed by McLaren and their solid run with 62, with Ferrari suffering through a miserable (for their standards) season with 61.

As this category is the one that pays out at the end of the year, these teams will be scrapping as best they can to earn that third spot. The protests and challenges to Racing Point become all the more significant as a determinant for this matter. Should they lose any more points, the impact could have a serious one on their financial situation at the end of the season.

– McLaren and Ferrari have signed on with the new Concorde Agreement. McLaren leaped first in a bold move but one that could help them immensely with the new budget restrictions the agreement brings. That the Italian team signed on second is what is surprising.

Ferrari loves to hem and haw about remaining in the sport, frequently threatening to drop out if one of their needs is not met. The budget cap is something that goes against their ability to spend freely and use their coffers to a gross advantage.

The team decided to sign the agreement on the basis that it is good for the sport. It is true; it is good for the sport. Having the teams be on a slightly more equal footing should bring more close competition, something that is oftentimes missing. As Ferrari has an ownership stake in F1, any gains in the series are gains for them. But their move is a welcome one and now sets up a scenario that should see the rest fall in line.

– After last week’s near-collision during practice, F1 is starting to look in at closing speeds and how to manage cars that are slower on the track. The incident in question came when Kevin Magnussen was trying to cool his tires after going for a hot lap, trying to gauge his time for qualifying. Esteban Ocon sped up to him and realized only too late how slow Magnussen was going. Ocon avoided Magnussen but wrecked himself in doing so, registering a hit hard enough to send him to the medical officials to be checked out.

This pattern of behavior occurs during nearly every weekend. Drivers are either trying to cool their tires, or they are trying to find an opening to slot in for their hot lap. The practice has brought frequent derision, even though everyone does it.

The sport is now looking into how to manage this better. One thought is to increase the minimum speed required to be on track. Such an idea is great in theory, but policing it becomes problematic. The best way is likely to develop some kind of tacit agreement by all parties involved to be mindful and stay out of harm’s way. Of course, that will never work, so be prepared for some onerous heavy-handed rule to be passed and implemented.

– Red Bull has come out and stated that it has “a lot of belief” in Alex Albon. That kind of public pronouncement seems like the dreaded “vote of confidence” that usually precedes someone getting fired shortly.

For the organization to claim that they have a lot of belief is terribly weak. I can extol that I believe that the Cleveland Indians will win the World Series, but that does not mean it is going to happen. Their belief is essential, but what is integral is their support.

Albon clearly has talent, and when he is comfortable, he has shown that he can do wonderful things for Red Bull.  But he has clearly struggled with this year’s car, and something is not clicking.  Last year, he looked like a stellar complement to Verstappen, but this year he seems like he is flailing and unable to steady himself.

While it would be surprising to see Red Bull release him outright, there is undoubtedly a good chance that he is demoted to AlphaTauri with Pierre Gasly moving back up to Red Bull during the offseason.

– Divorce is harsh. That does not mean that it is not always for the best. But divorce brings with it all kinds of anxieties and problems, and sometimes depression, along with moments of joy and liberation. For Sebastian Vettel and Ferrari, the uncoupling looks like it is going through one of the phases of trying to figure out how to feel. Being a therapist, not an engineer, might be a job title better suited for the head mechanic on this team as they go through this painful process.

Both parties are wondering who gets the Nescafe machine or who takes the couch while at once both considering throwing them out onto the lawn and setting them afire. Any sense of peace is conjoined with a recognition that the whole thing could turn bitter and hostile and that both parties could make each other’s life hell until the papers are signed.

Ross Brawn, F1’s tech guru and former team boss, commented on how painful it is to watch the two separate in his most recent column. Maybe he is right, or maybe he is wrong, but that is what is making the situation such good theater.

In their divorce, we are all the kids, the ones who are left on the sidelines watching the two parties keep a tenuous relationship. This divorce is one of the most dramatic, necessary and frustrating to watch in quite a while. With seven races to go, there are still a few more chapters to live through and for everyone to see whether things will get more or less congenial.