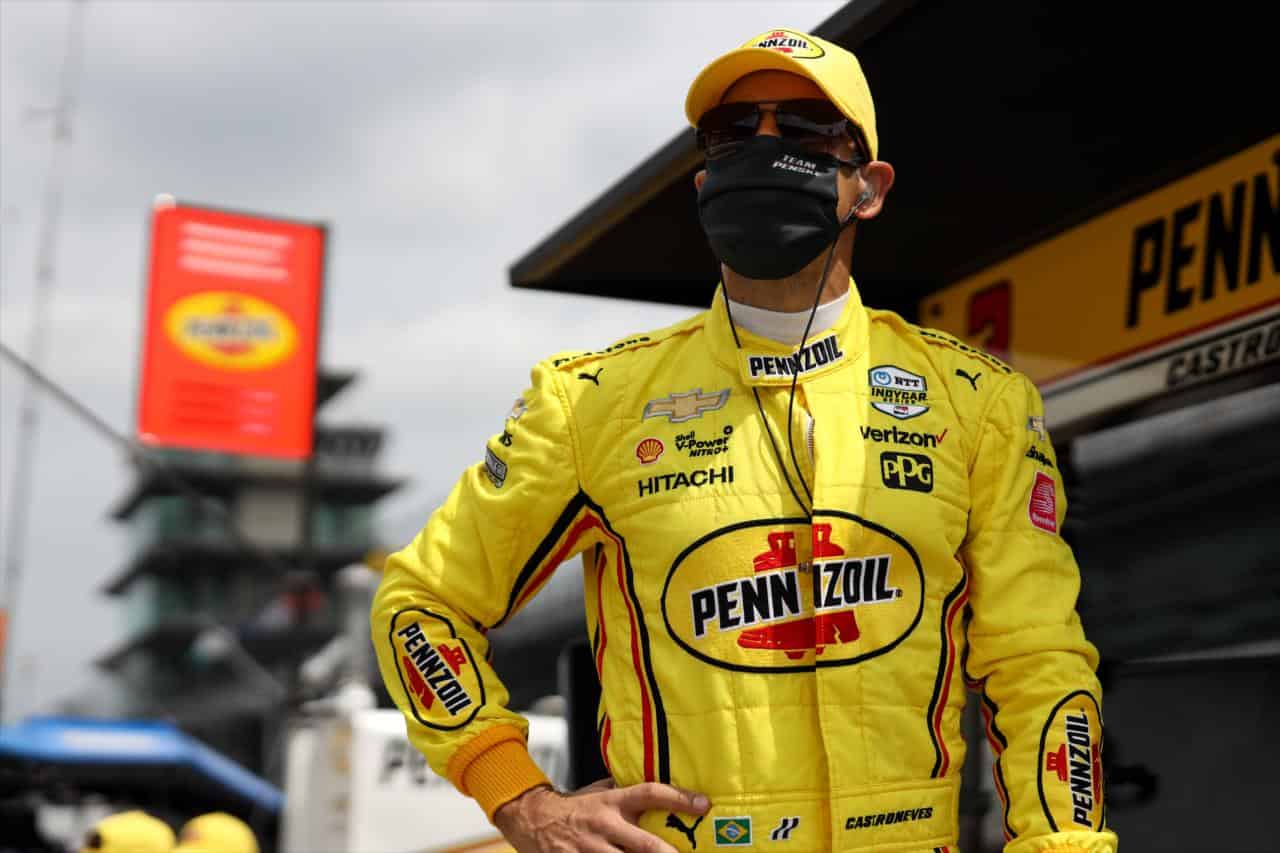 It’s hard to imagine Helio Castroneves without Team Penske. When the Brazilian driver signed on for the 2000 CART season, no one could guess that he would still be competing with Penske two decades later. But with 2020 being Castroneves’s last season with Penske and given his drive to compete in IndyCar again full time, it seems like next season will be one that enables Castroneves to redefine himself as a racer.

Here, we look at three possible teams that could take on the three-time Indy 500 champion if he rejoins the full-time field.

Chip Ganassi likes winners, and what better winner to introduce to the fold than the driver who has scored 24 IndyCar wins? Castroneves is still full of fire, telling the IMSA Wire Service that he spoke to Mario Andretti about why the legendary driver retired and came away with a strong impression:

“I said, ‘Mario, why did you stop racing?’ I could see in his eyes that he never wanted to retire. He was 54 when he stopped. Age is just a number. He still had that sentimental feeling. If guys as incredible as Mario can do it, why can’t I? As long as you have the desire, the work ethic and the love for the sport, you can keep racing.”

There’s no doubt that Castroneves is full of fire and ready to start securing wins again. It is admittedly difficult to imagine Ganassi letting go one of its drivers; Scott Dixon is still dominant, and both Felix Rosenqvist and Marcus Ericsson are coming into their own in 2020. But Ganassi did run four cars as recently as 2017—who’s to say they wouldn’t do it again for Helio Castroneves?

Andretti Autosport is in a unique position on the IndyCar grid. The team is currently able to field five full-time cars (two of which do, admittedly, involve partnerships) with a sixth car for James Hinchcliffe‘s three races. If any team is in a solid financial position to sign another driver, it would be Andretti.

That said, 2020 is a contract year for driver Zach Veach, who, along with teammate Marco Andretti, has been suffering through a dismal season. While it’s possible Hinchcliffe could take over Veach’s seat, that vacancy could very well become a great competitive option for Helio Castroneves.

And even if Castroneves doesn’t join Andretti proper, the team has seemed more than willing to develop technical alliances with other teams like it’s done with Colton Herta at Harding Steinbrenner. If Castroneves comes to the sport with significant interest and sponsorship backing, we could see an extra car added just for him.

The A.J. Foyt Racing outfit is running a strange lineup in 2020. Charlie Kimball is racing all year in the No. 4 while the No. 14 is piloted by Tony Kanaan, Sebastien Bourdais, and Dalton Kellett. Foyt has shown that he isn’t afraid to sign a veteran, and the team could very well be Castroneves’ part-time stepping stone into IndyCar if Foyt isn’t willing to bring him on for a full season.

But there’s also the pesky matter of performance. Coming from a team like Penske, it’s reasonable to assume Castroneves will expect to transition into another competitive seat. Think about Kimi Raikkonen in Formula One: while still reasonably competitive in Ferrari, his move to Alfa Romeo has been a disappointing way to wind down his career.

Listening to Helio Castroneves, he’s likely going to make the most of whatever seat he lands.

“I still have a lot of fire in me,” he told the IMSA Wire Service. “There’s a lot of fuel to burn.”