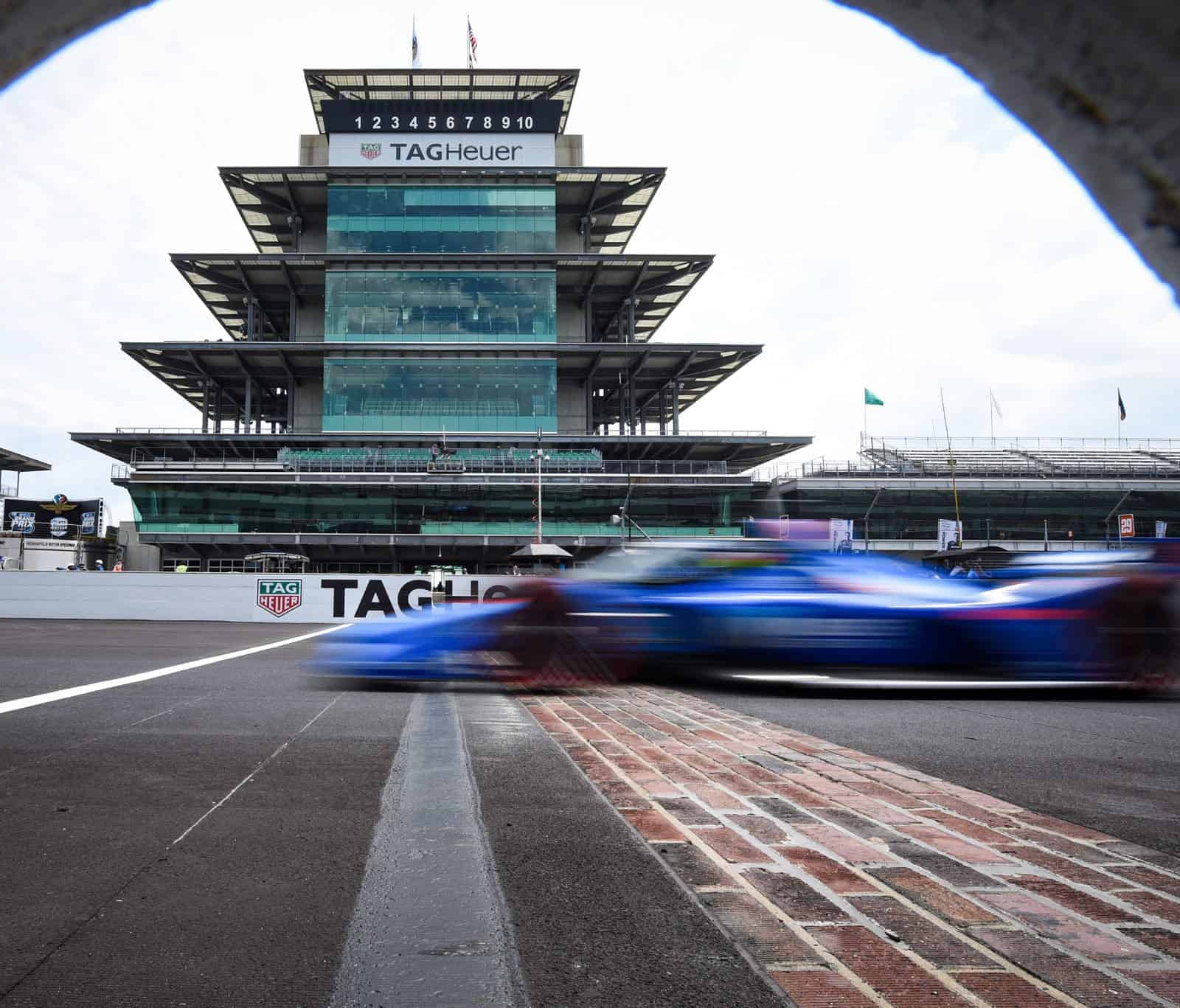 Practice at the GMR Grand Prix. (Photo by James Black, courtesy of IndyCar)

The NTT IndyCar Series announced on Monday (August 4) that the iconic Indy 500 will be run without fans, and it’s the smartest possible decision that could have been made for the greater good of the sport.

IndyCar’s initial plans to have fans in attendance for the 2020 Indy 500 were just too ambitious. Even 25% capacity was too much to handle, as evidenced by Indianapolis Motor Speedway’s 88-page contingency plan.

Among the sweeping changes made, IMS mandated masks, reassigned seats to maximize social distancing, and reduced food options to preprepared meals. The track removed all water fountains and planned to screen every visitor for possible COVID-19 results.

Extra events outside of the race itself—including autograph sessions and the 500 festival parade—were cancelled. Credentials for media personnel and celebrities were also strictly limited. So much of what makes the race special didn’t exist anymore.

Then there was how to enforce mask-wearing and social distancing, which has been something of an issue so far in the 2020 IndyCar season.

IMS proposed a “progressive approach” which was ultimately left undefined. The document listed that enforcement would largely be done by guest service staff (known as “yellow shirts” at the track), contracted security personnel, and law enforcement, and that enforcement would be conducted in “stages.” Fans were also encouraged to ask other fans to mask up or to report it in a “see something, say something” protocol.

So a large portion of responsibility would again fall on attendees, while how much anyone else would follow up on safety protocols would probably vary from agency to agency, or even person to person. And even a limited number of fans at IMS would still be a lot of people for those workers to try and police.

We said from the beginning of the pandemic we would put the health & safety of our community first.

We encourage Hoosiers to continue making smart decisions and following the advice of our public health officials so we can help get Indiana back on track. https://t.co/EvyYlMSOgE

Outside of the track, local COVID-19 cases have been on the rise. As per Indiana’s coronavirus dashboard, 836 cases have been identified in the last seven days, with Marion County—home of Indianapolis—logging the largest concentration of cases and the highest percentage of positive cases when compared to surrounding counties.

Given the broad appeal of the Indy 500, it’s highly likely that the venue and surrounding areas would be treated to an influx of fans from other highly virile states like Texas or Florida, on top of the state’s own coronavirus woes. Indiana University Health advised against running the race with fans as recently as July 31.

Running with no fans became the only viable option if IndyCar wanted to have an Indianapolis 500 in 2020. Of course, that didn’t make it an easy decision, and it will fundamentally alter the event this year.

One of the appeals of the Indy 500 has historically been the packed grandstands that come with the atmosphere of tradition that has permeated the track since the first running of the event back in 1911. Many drivers have expressed their sadness about not walking out of Gasoline Alley to find hordes of fans awaiting them. And the absence of fans has an effect well beyond the racetrack.

Graham Rahal noted that many local Indianapolis businesses rely on the revenue brought by race fans pouring in during the whole month of May—and then there’s the struggle that the teams themselves will endure.

“It is critical to the life of our series, to the life of our organizations, to the jobs that this series and racing provides to thousands of individuals,” Rahal said during a two-part video response on Twitter. “This race is important. This race is the biggest thing each and every year. Without this, I really don’t know if the series goes on in the same manner. I don’t know if a lot of the teams survive without the Indy 500 as we go into the winter.”

It is, however, impossible to put a price on a human life. Just one asymptomatic race fan from out of state could infect a swath of others both at the track and in those aforementioned local businesses. COVID-19 is a problem that goes beyond just the boundaries of Indianapolis Motor Speedway, and health officials have warned that the benefits simply do not outweigh the risks.

While it’s hard to turn away race-hungry fans and take the financial and emotional hit in an already difficult 2020 IndyCar season, it’s certainly preferable to IMS becoming the epicenter of yet another coronavirus outbreak and those same fans becoming sick or dying.

IndyCar made a difficult call, but it was the right one—and one that should have been made months ago. It may be tough to watch from the couch, but we can all rest easy knowing we’re doing so safely.