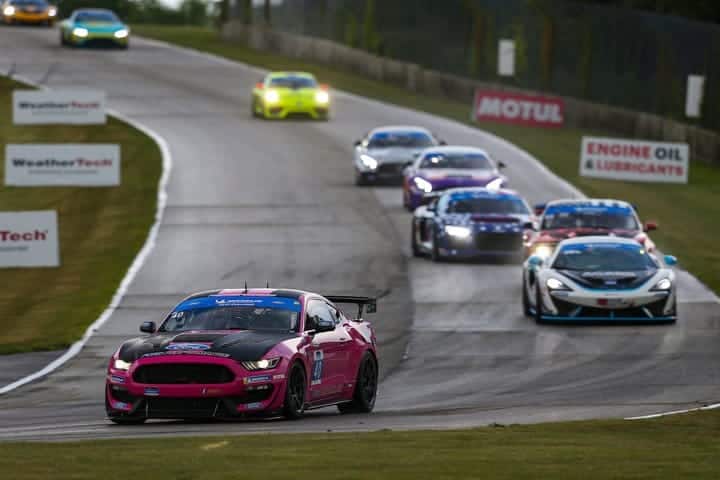 For this weekend’s third round of the season for the IMSA Michelin Pilot Challenge, 33 cars will do battle on the 4.048-mile road course at Road America.  This is a slight decrease on the car count that the series had a couple of weeks ago at Sebring.

In the Grand Sport class, there will be 21 cars on track.  There is one addition to the grid, that being McCann Racing returning with Britt Casey Jr. and Michael McCann Jr. in their Audi R8 LMS GT4 after skipping Sebring.  That is offset by Bluff City Racing withdrawing their Mercedes (which was on the initial entry list) and Automatic Racing not entering their No. 09 Aston Martin.

Given the fact that there will be no practice for the Xfinity Series Henry 180 on Aug. 8, on-track experience is a must.  To that end, Chase Briscoe has decided to forgo his weekend off to compete this weekend for PF Racing in their No. 40 Ford Mustang GT4 in place of Chad McCumbee.  Briscoe finished seventh in his one previous Xfinity Series start there (2019), so the ability to get extra track time, even in substantially different equipment, should be beneficial.

The other big change is that multi-time Grand Sport champion Billy Johnson will drive the No. 4 Mobil 1 Mercedes alongside Russell Ward in place of Indy Dontje.  This is not due to performance, but a scheduling conflict.  In addition to his Michelin Pilot Challenge seat, Dontje races full-time in the ADAC GT Masters, a Germany-based series for GT3 cars.  Their season opener is this weekend at the EuroSpeedway Lausitz.  There are two other potential conflicts later in the season where this could repeat (Michelin Raceway Road Atlanta and WeatherTech Raceway Laguna Seca).

TCR sees a decrease down to 12 cars for Saturday’s race.  Fast MD Racing has only entered one of their Audi RS3 LMS TCRs.  The only change among the 12 teams entered is Taylor Hagler returning to the No. 77 Honda after missing Sebring following a positive COVID-19 test.  She has since tested negative multiple times and has been cleared to race.

The Road America 120 is scheduled to go green at 4:45 p.m. Saturday afternoon.  It will be streamed live on NBC Sports’ TrackPass service.