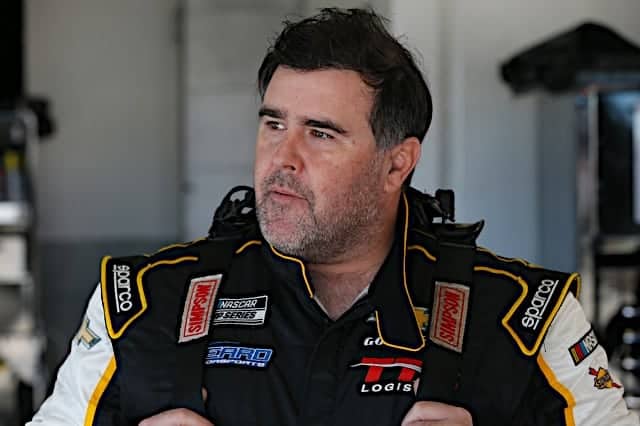 Brendan Gaughan revealed on SiriusXM Radio Wednesday (July 15) that he has tested positive for COVID-19.

“I have a two-week vacation right now, is the way I’m describing it,” Gaughan said. “I got a birthday present on Friday, which was my birthday last week. I tested positive for the coronavirus and so I am indoors for a couple of weeks.”

Gaughan is in quarantine while his children are staying at a friend’s house. He also mentioned that the employees at his office received negative tests results.

ICYMI: @Brendan62 tells @DanielleTrotta that he has tested positive for the Coronavirus and is currently in quarantine #SXMOnTrack pic.twitter.com/VwmjD0XQfw

Additionally, Gaughan described what symptoms he experienced. “I had a head cold. I had a headache and like a stuffy nose with a little post-nasal drip, and that was it, and that’s really the most of anything I’ve had,” he said. “Maybe felt tired one of the days or so, but other than that, nothing.“

Gaughan announced last December that this would be his final year competing in the NASCAR Cup Series. He earned a seventh-place finish in the Daytona 500, the first of four scheduled starts for the Beard Motorsports driver. Gaughan’s next scheduled start is at Daytona International Speedway, unless he opts to run the track’s road course that is newly added to the schedule next month.