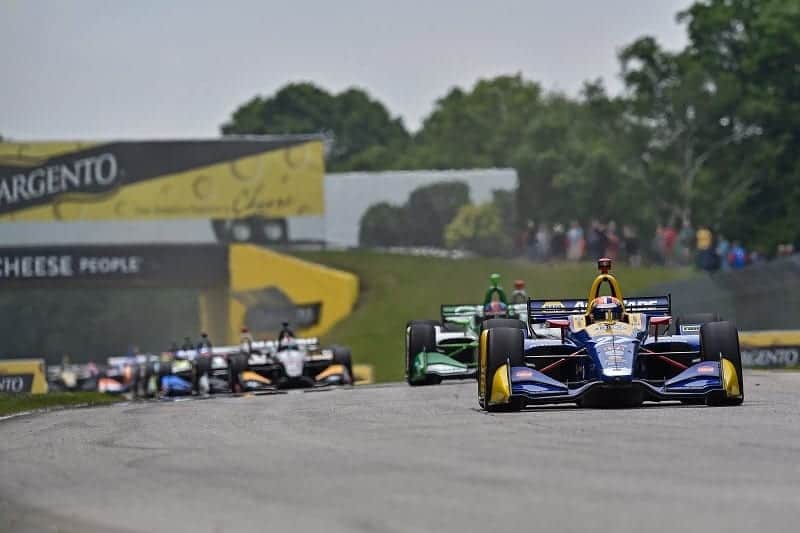 The 2020 REV Group Grand Prix gets underway on July 11, and this time it’s a double-header event for the NTT IndyCar Series. Race 1 takes place at the venerable Road America on Saturday night, before teams quickly have to turn around for a Sunday afternoon contest.

Who will jump out to early success when IndyCar arrives at Elhart Lake? Will this event be as clear-cut as the two races that have preceded it in the 2020 IndyCar season? Or will there be mayhem as the drivers and teams try not to pour everything they have into one race with another just around the corner?

How to watch: The race airs on NBCSN at 5:00 p.m. ET. Post-race coverage follows at 7:00 p.m. ET on NBCSN. Fans can also stream live timing and scoring through INDYCAR Race Control.

What happened in 2019: Colton Herta impressed early by nabbing the pole position, but the race was all about Alexander Rossi. The Andretti Autosport driver led the majority of the laps at Road America, for his second (and last) win of the 2019 IndyCar season. Herta would go on to finish eighth, while Team Penske’s Will Power and Josef Newgarden grabbed the other two spots on the podium.

What to watch for in 2020: Repeat performances. Everyone who was at the top of this race last year is in need of an excellent outing in the 2020 REV Group Grand Prix at Road America, including two previous race winners (Power and Rossi). Some year-to-year consistency would go a long way, especially since this is the opener of a two-race stint, so momentum will be important. If a team fumbles here, they won’t have much time to fix their mistakes before going back to green at noon ET on Sunday.

Drivers to watch: Rossi was in almost complete control of the REV Group Grand Prix in 2019, which is encouraging because he’s also the most desperate for a victory in 2020. Technical issues have hampered the Indy 500 winner in both of the first two races in the 2020 IndyCar season, including a DNF in last weekend’s 2020 GMR Grand Prix. He needs a win, or at least a podium, at Road America to put himself back into the conversation; conversely, if he has another disastrous outing, his Astor Cup hopes are as good as over.

Likewise, Power was runner-up last year and has won at this venue before. But so far this year he’s finished 13th and 20th, while his Penske teammates have already nabbed podiums. He needs to show that he can keep pace with them and snag some valuable championship points along the way.

And of course, everyone’s eyes will be on Scott Dixon to see if he will dominate a third straight race. While that would seem mathematically unlikely, Dixon won here in 2017, and has finished within the top 5 in the REV Group Grand Prix three of the four times since Road America returned to the IndyCar schedule in 2016. At least, he will be a massive threat, and another win is not out of the question.