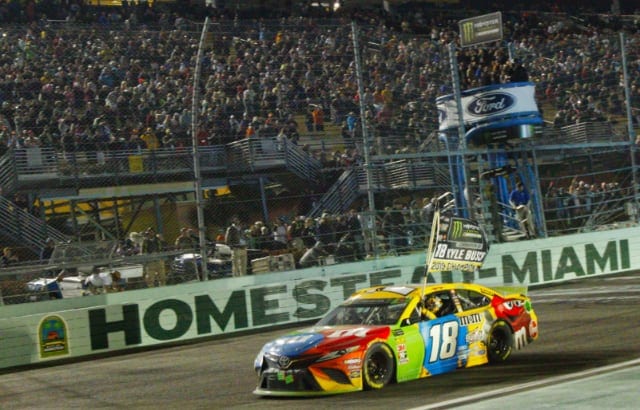 NASCAR has released the entry list for the Dixie Vodka 400 on Sunday, June 14, 2020 at Homestead-Miami Speedway. 39 cars will be competing for 40 spots on the grid. Therefore, everyone entered will make the race.

There are only a handful of driver changes compared to the entry list from Martinsville Speedway. Garrett Smithley will pilot the No. 53 car for Rick Ware Racing, jumping back from the No. 77 of Spire Motorsports.  That car is currently listed without a driver.

All other entries remain the same. JJ Yeley continues on in the No. 27 for Rick Ware Racing that has been run by a merry-go-round of drivers this year. Timmy Hill remains in the No. 66 of MBM Motorsports as they attempt a full season as an open team.

BJ McLeod withdrew from the event in his No. 78 car, as he did in Martinsville. However, the No. 7 of Tommy Baldwin Racing is entered, again with Reed Sorenson at the controls.

The Homestead-Miami Speedway race will begin at 3:30 p.m. on the 14th with coverage provided by FOX. It’s the first time since 2001 the event will not serve as the sport’s season finale at the Cup level.