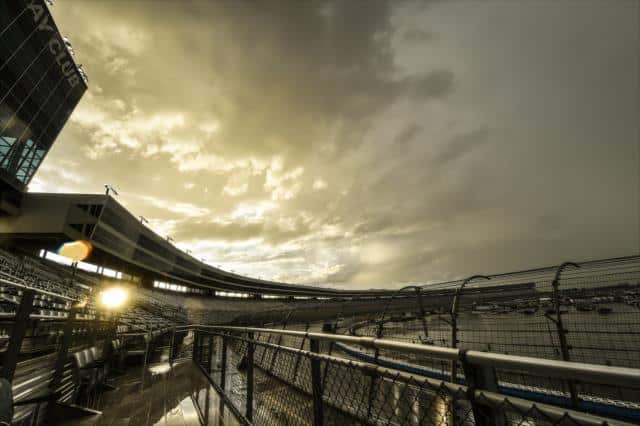 All eyes will be on the NTT IndyCar Series as it takes to the track for the first time in 2020 this Saturday (June 6). Tensions will be high after months of either delayed or cancelled events turned Texas Motor Speedway into the inaugural race of the 2020 IndyCar season instead of the ninth, and teams and drivers come to grips with a changed world.

Many people are rightly wondering how IndyCar will fare in a season of unprecedented obstacles, and there are certainly several of those ahead over the next several months. Here are the three biggest challenges ahead during the 2020 IndyCar season:

Starting the 2020 IndyCar season an oval

The 2020 IndyCar schedule was crafted with care. The series gave deliberate thought to which track would host the first race of the season, which would follow and when it was best to race the Big Ovals. The latter usually aren’t scheduled until drivers have had a chance to stretch their legs.

This year, though, the opening IndyCar event is an oval—Texas Motor Speedway. It’s a track that has been known for its high attrition rate during the past few years. Had the 2020 IndyCar season gone according to plan, most drivers’ first experience with an oval would have been during the lead-up to the Indianapolis 500, with several weeks of practice to get used to the new aeroscreen and the way it responds to the intensity of an oval race.

That opportunity is gone. Drivers are going to have a single day to learn the ropes at Texas Motor Speedway and then put what they’ve learned into action in the thick of competition. Teams will have two hours of practice before qualifying, with a shortened 200-lap race to finish things off. Some drivers like Jack Harvey will be racing at the track for the first time in their careers, forcing them to come to terms with an entirely new style of driving on a whole new track in just a day.

This weekend is going to be a brutal weekend for everyone. Without several weekends of street, road, and oval course racing to ease into the grueling demands of an oval in the summer heat of Texas, it’s very likely that the Genesys 300 will be characterized by steep learning curves, crashes, and mechanical difficulties.

When the pandemic hit and the 2020 IndyCar season was put on hold, teams and drivers had to place valuable on-track practice time on hold. That was good for the health and safety of everyone involved, bu it also meant that it’s been a very long time since drivers took the cars on track and had the chance to familiarize themselves with new technology.

The aeroscreen will likely be the biggest monkey wrench—a new safety device that has essentially placed a curved windshield in front of the drivers. The screen has been running through development cycles for several years, and will finally make its debut in the 2020 IndyCar season.

However, the last time drivers tested the aeroscreen was during a test session on a cold, rain-drenched week at the Circuit of the Americas four months ago. Now teams are going to have to come to grips with this virtually untried technology as they go. Some drivers like veteran Tony Kanaan have yet to even experience it, and the abbreviated schedule doesn’t allow for much adjustment time.

Instead of several days of practice sessions to acclimate, drivers will have two hours of practice and a handful of qualifying laps at Texas before they have to take the new technology racing, and it’s also unlikely that they’ll be able to play too much catch-up after that. A tightly-packed schedule with several double-header weekends leaves very little time for teams to make substantial changes; almost all problems will have to be sorted out while battling for points and positions.

No one has been exempt from the financial impact of COVID-19, but the shortened 2020 IndyCar season is going to bring those disparities come to light. Carlin announced on June 2 that it would not be fielding two cars at the Genesys 300 as it had initially planned—and it’s highly likely that we will see more financial struggles for other organizations as the season goes on.

And it’s not just the teams that are struggling. Tracks like COTA have been wavering in and out of financial solvency for years, and the cancellation of its April IndyCar race was just one of several setbacks, like lost concerts and other motorsport races, that have threatened to once again plunge the circuit into the red. As long as fans remain barred from attending events, tracks will lose thousands in ticket sales and concessions, and some may not return to the schedule. Markets are still unreliable. Travel is unpredictable.

Racing may be back, but the world is still reeling from COVID-19, and we will be watching the effects play out in the racing world for a long time to come. IndyCar will have to deal with these economic issues throughout its shortened 2020 campaign, and they wouldn’t exist in a normal, full season.