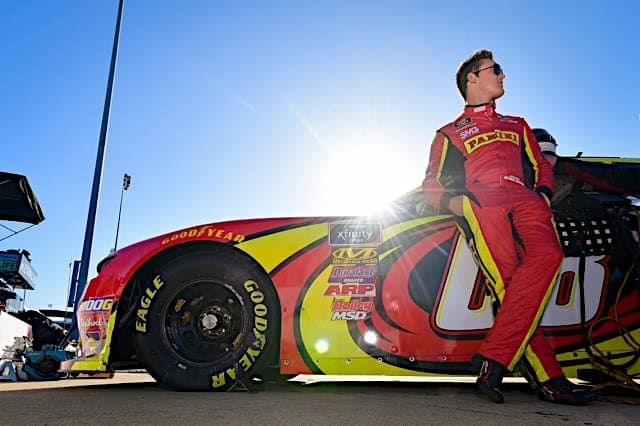 JJ Yeley will be behind the wheel of Spire Motorsports’ No. 77 on Wednesday night, replacing the originally slated Reed Sorenson for the NASCAR Cup Series’ Alsco Uniforms 500k at Charlotte Motor Speedway.

Yeley makes the switch after being originally scheduled to drive Rick Ware Racing’s No. 27.

Gray Gaulding will replace Yeley in the No. 27 Chevrolet, which he also drove during Wednesday’s race at Darlington Raceway and Sunday’s event at Charlotte.

Yeley returns to Spire after running for it at Darlington last Wednesday, finishing 28th.

The 16-year Cup veteran has six starts across three teams in 2020. For RWR, he failed to qualify at Daytona but raced the following three events. In Sunday’s Coca-Cola 600 at Charlotte, Yeley piloted Tommy Baldwin Racing’s No. 7,, finishing 37th.

Gaulding enters his third race of the season, all with RWR’s No. 27 in a partnership with Premium Motorsports. He finished 32nd at Charlotte and 31st at Darlington, respectively.