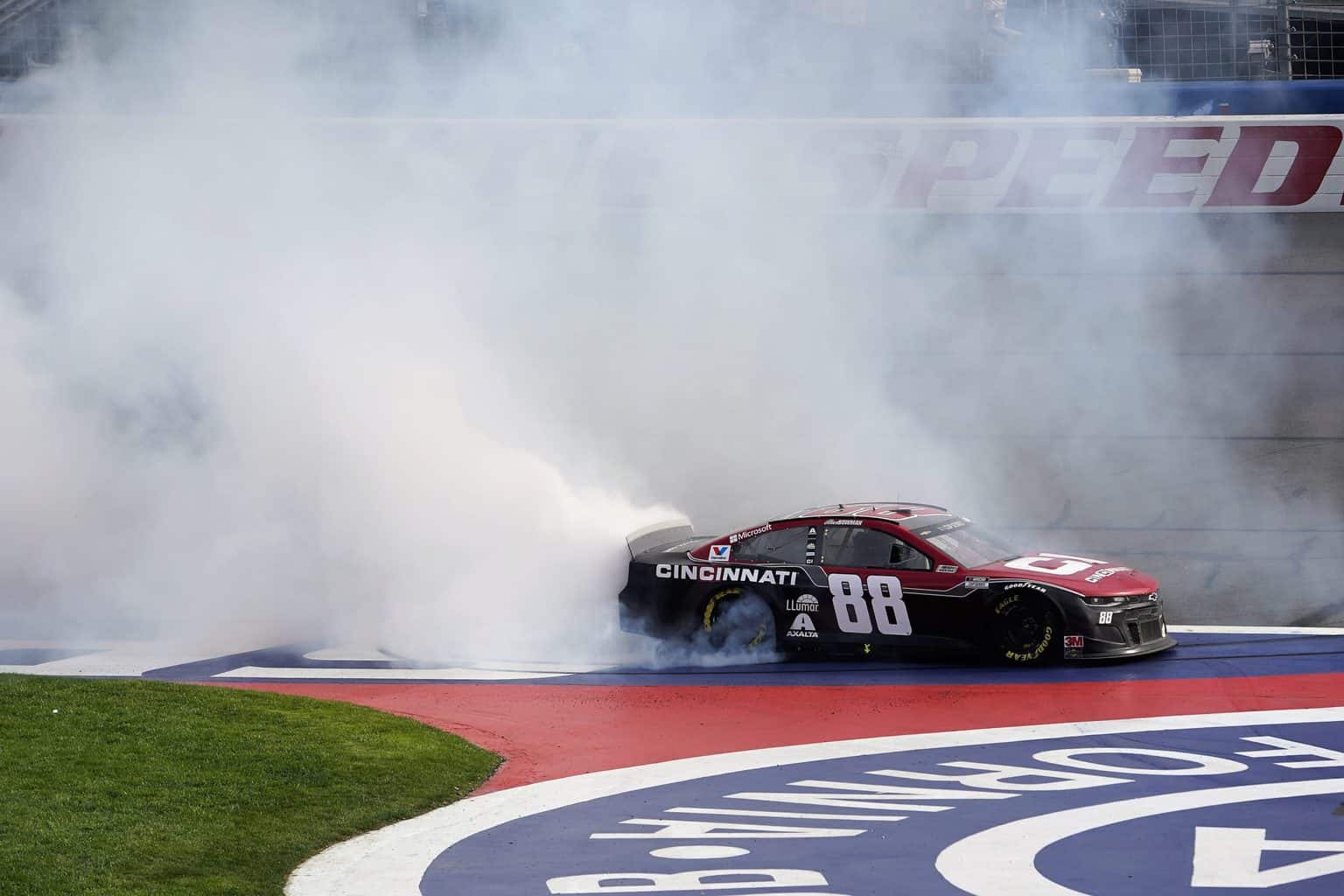 No long ago, Hendrick Motorsports was the undisputed most dominant team in NASCAR.  Competitors and fans alike understood that the path to the Cup Series championship inevitably ran through the sprawling HMS campus in Concord, North Carolina.  Led most recently by Jimmie Johnson, Hendrick’s strong teams promised to be contenders each and every week.

However, several other organizations have stolen Hendrick’s thunder over the last few seasons.  Joe Gibbs Racing became a more consistent performer in the postseason.  Team Penske invested in several young racers who all became winners.  Stewart-Haas Racing kept expanding and building up its resources, even changing manufactures in a quest for better performance.

Meanwhile, the team that had been on top for so long began to show its age.  Jeff Gordon, Dale Earnhardt Jr., and Kasey Kahne all hung up their helmets within a few years.  Even Johnson, fresh off a seventh Cup Series title, began a sharp decline in performance that spiraled into the longest winless drought of his career.  Having to fall back on inexperienced drivers and a finicky Camaro ZL1 nose put Hendrick behind the curve.  Chase Elliott did break out for several wins after a slew of near-misses, but it was clear that the Hendrick camp was missing something performance-wise.

Three races into the 2020 season, HMS appears to be in much better shape.  Johnson scored a top five last week, his first since last summer, and backed it up with a top 10 on Sunday at Auto Club Speedway.  Elliott has won three of the young season’s six stages and finally closed out Sunday’s race much better than the first two.  William Byron earned an unofficial win in the Daytona Duels.  This past weekend, the accolades went to Alex Bowman, who rolled to a decisive victory in Fontana.  Despite Johnson’s history of success at the two-mile oval and Elliott’s recent momentum, Bowman wound up being the first Hendrick driver to win a regular-season race in 2020.

If we are seeing the beginnings of a Hendrick Motorsports resurgence, it would be appropriate for Bowman to lead the charge.  Back in 2018, he had the good fortune to take over the No. 88 Chevy full-time after being Hendrick’s test driver and go-to substitute for a few years.  But he was also unlucky to join HMS when the organization was no longer NASCAR’s dominant team.  He got shouldered with all the expectations of how a Hendrick driver should perform when the team was going through a significant rebuilding phase.  Driving the No. 88 car was undoubtedly Bowman’s big break, but high-profile rides come with high stakes.  Could he be the guy who would step up and carry a team to wins and championships?  No one was quite sure.

Even after two seasons in the No. 88, there have not always been clear answers about Bowman’s ability.  In 2018, he squeaked into the playoffs and made it to the second round but looked nowhere near ready to race for a championship.  Last season, it took Bowman 10 races just to get one top 10.  Once he finally did, it kickstarted a hot streak that culminated in his first career Cup Series win.  Yet soon after his victory, Bowman went right back to struggling.  His run through the playoffs was a roller coaster of inconsistency before getting eliminated in round two of the playoffs once more.

All that said, his teammates were not performing much better.  Johnson’s top 10 totals in 2018 and 2019 equaled Bowman’s, while the No. 88 scored five more top fives in the same timeframe.  More importantly, Johnson did not win in either season and missed the playoffs entirely in 2019.  Byron, meanwhile, took his lumps in 2018, earning only four top 10s in what proved to be a difficult rookie season.  He improved substantially last year, reaching the playoffs for the first time and getting eliminated in the second round.  Other than Elliott, Bowman was not struggling relative to his teammates.

Yet Bowman still didn’t have Johnson’s record of success or Byron’s year-to-year improvement.  Entering into a contract year with a shaky sponsorship situation, Bowman needed to prove more than ever that he was the right man for the job, that he could contend for wins and championships, even in what was a difficult time for HMS.  Sunday’s victory was the best indicator yet that Bowman can meet those expectations.

It’s still very early, but the No. 88 team could be in the midst of a breakout year.  Last week at Las Vegas Motor Speedway, Bowman was chasing down leader Ryan Blaney in the closing laps before a late caution shook up the running order and changed the course of the race.  Had that race gone green to the finish, Bowman might have won back to back races.  Note also that Bowman led over half the race and won a stage on his way to victory.  Never before has Bowman so thoroughly dominated a Cup Series race and captured the checkered flag.

If HMS has turned the corner, Bowman probably won’t get most of the attention down the road.  The headlines will continue to be about Elliott becoming a superstar, Johnson’s last season, and Byron’s progress with crew chief Chad Knaus.  But a big season from Bowman will prove that he is a valuable asset to the team and that whatever struggles the No. 88 has had over the last two years were more about the car than the driver.  If Bowman keeps up his current pace, there should be no more uncertainty about his fitness to race for a high-profile team.