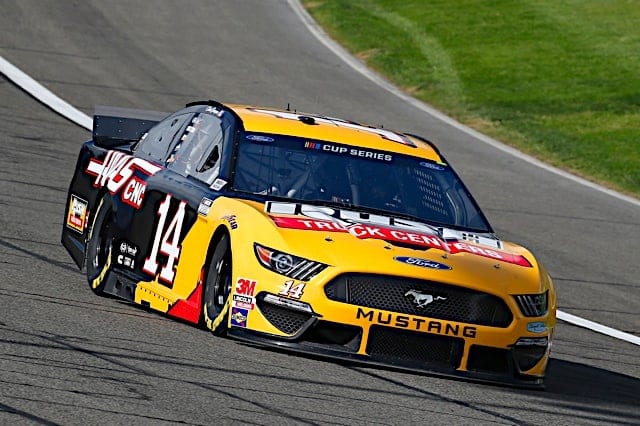 Clint Bowyer will start from the pole position for the NASCAR Cup Series’ race at Auto Club Speedway on Sunday, March 1. Bowyer won the pole with a speed of 179.614 miles per hour on Saturday afternoon (Feb. 29) for his fourth career pole. He’s now won poles in each of the past two seasons after going from 2008-18 without one.

Bowyer narrowly edged Jimmie Johnson, who will start second for his final full-time start at his home track. Alex Bowman, Kurt Busch and Kevin Harvick will round out the top five.

The remainder of the top 10 has Aric Almirola in sixth, last week’s winner Joey Logano seventh, Michael McDowell eighth, Kyle Larson ninth and Ricky Stenhouse Jr. 10th. Ross Chastain, who is filling in for Ryan Newman, will start 27th. Toyota’s struggles continue, as none qualified in the top 15. Kyle Busch is the fastest Toyota in 17th.

Two cars will have to start from the rear of the field. Martin Truex Jr.’s No. 19 failed inspection three times and was not allowed to have a qualifying attempt, and Ryan Preece had a engine change prior to qualifying. There were 38 cars entered for the race, so no one missed the race.