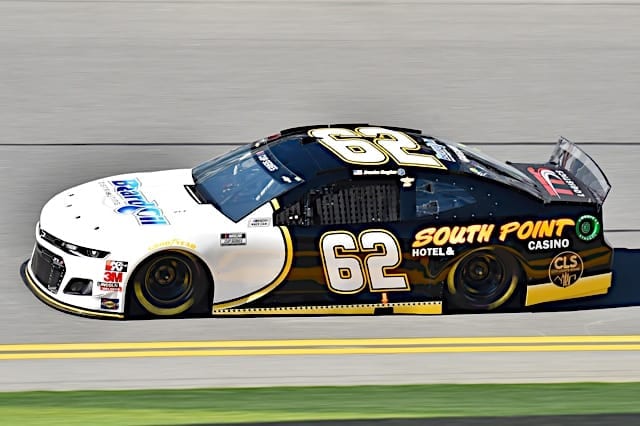 Like every other team, NASCAR underdog operations across all three national touring series have made the trek to the Florida coast for another Speedweeks. The Xfinity and Truck teams still have some time to shake the sand out of their boots, but Cup crews have already been shaking down their cars for days.

The unique qualifying format for the Daytona 500 puts as much emphasis on racing well as it does posting a quick lap. A car that might not be fast on it’s own but runs well in the draft is not necessarily at a disadvantage. The days in between pole qualifying on Sunday, when some drivers will lock in starting spots, and the Duel races on Thursday night, when the remaining positions are determined, can be an incredibly stressful time. It is an experience almost completely exclusive to the underdog teams in the series.

With pole qualifying on Sunday, now every team knows where they stand in terms of making the Daytona 500 on Thursday night.

Haley, the most recent winner at Daytona International Speedway, is running a one-race deal with his Xfinity Series team, Kaulig Racing. While Haley has a few Cup starts under his belt, this will be the first premier level race for Kaulig. The team came in knowing there would be no way to race on Sunday if they didn’t post a fast lap or earn a spot via the Duels. Haley promptly went out and put down the fastest lap time among the “go or go home” crowd. The No. 16 is in the show.

Gaughan seems to do this every year. He’ll come to Daytona with his No. 62 team needing to earn a spot and he always does. Gaughan is also locked in thanks to his time, which was second fastest of those competing for a starting position.

Sorenson edged Hill in terms of qualifying time by less than two tenths of a second, but they are in essentially the same boat in terms of making the show. Obviously, both can race their way in, but even if they don’t, all is not lost. If either Haley or Gaughan earn a spot via their finishing positions on Thursday night, the locked in spot will fall to Sorenson as the next fastest car in qualifying. Hill needs two of the three ahead of him (Haley, Gaughan, Sorenson) to race their way in to guarantee his place in the Daytona 500.

On The Hot Seat

There are more hungry people than there are seats at the table, which means someone won’t be eating. Daniel Suarez is on the outside looking in after qualifying, which means he needs to earn a place in his Duel. Suarez, who returns to Toyota via Gaunt Bros Racing after a relatively unsuccessful stint at Stewart-Haas, faces an uphill battle, but his experience in top-level equipment should stand to help him here.

JJ Yeley is piloting a third car for Rick Ware Racing and will not make the show if he doesn’t finish well enough in his Duel race. Yeley is trying to make his sixth Daytona 500 start, but it would be his first since 2015.

Chad Finchum has just one career Cup Series start, a 33rd-place finish at Bristol in 2018. Finchum too must outrun at least three of his fellow competitors in this category to be in the show on Sunday.

With Haley locked in, I don’t envision that team wanting to take a chance on destroying the car in the Duel. It wouldn’t surprise me if he drops to the back early on or even parks it altogether. So I wouldn’t anticipate Haley racing his way in. Gaughan, on the other hand, is much more experienced and runs very well in superspeedway races. That team might see some value in going for it to try to improve their starting position.

Hill and Sorenson have to put in their best efforts to make the show because Haley might opt out, and it’s never a good idea to let other drivers dictate your own fate. Besides, Suarez is the most accomplished driver of the group, and he’s going to be on a mission to make the big show. Regardless of which drivers get it, all will have earned their place. Just the way it should be.

The Bluegreen Vacations Duels at Daytona kick off at 7:00 p.m. ET on FS1 and can be listened to via MRN and SiriusXM NASCAR Channel 90.

Qualified 41st today in the Nascar Cup Series at Daytona International Speedway! We will be attempting to race our way into the Daytona 500 on Thursday night in the dual races! @garrisonhomes @ToyotaKnoxville https://t.co/9WsRsQD44s pic.twitter.com/kqlOfKsDCv