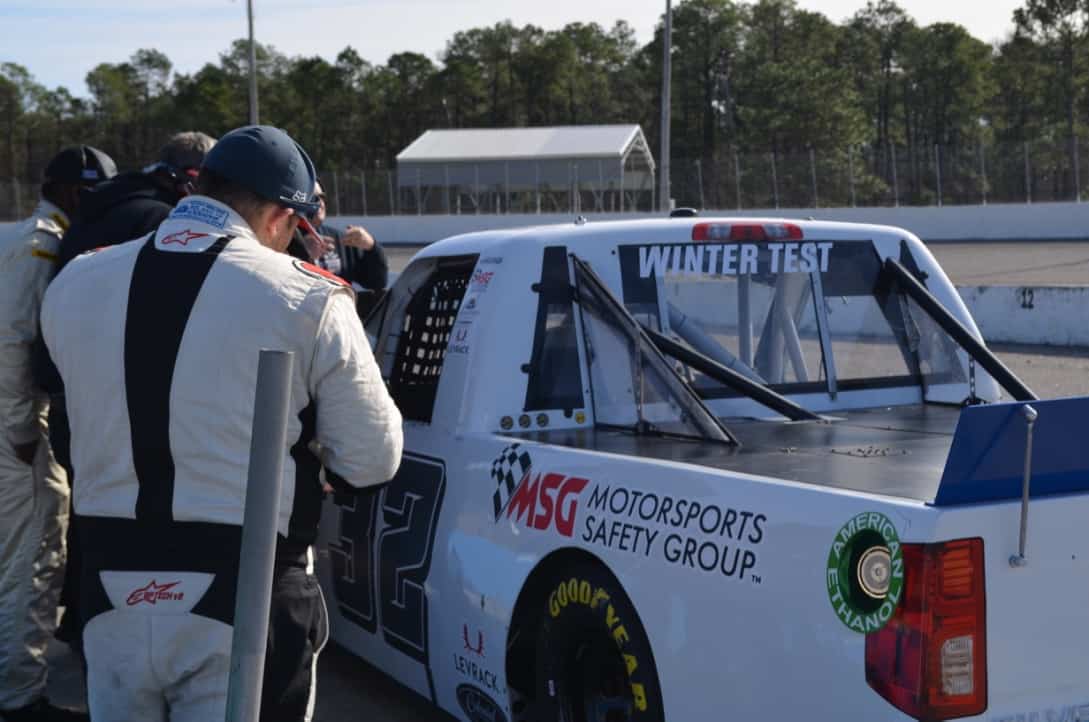 Kyle Lockrow will make his ARCA Menards Series East debut in May at Toledo Speedway.

“I want to thank Josh Reaume and his team for allowing me the chance to drive the No. 32 Truck,” Lockrow said in a team release. “The track time taught me quite a bit as to what to expect from the heavier vehicle and how to handle the additional horsepower accordingly. Hopefully, this will open some opportunities for my career moving forward.”

During his career, Lockrow has tested an ARCA car twice on the high banks of the Daytona International Speedway during the annual test in 2014 and 2016. Lockrow has competed in the NASCAR Whelen All-American Series at Hickory Speedway and Kingsport Speedway.

Lockrow will also be looking to compete in the ARCA Menards Series and NASCAR Gander RV & Outdoors Truck Series during the 2020 season pending sponsorship.

“Currently, my goal is to run 2-3 Truck Series events, a few more ARCA races, and some Champ Car Endurance events for 2020 with the hope of expanding my schedule in 2021,” Lockrow added. “The NASCAR and ARCA calendars contain such a variety of events and I am an avid believer in the fact that diversity as a driver will pay dividends as I progress up the motorsports ladder.”