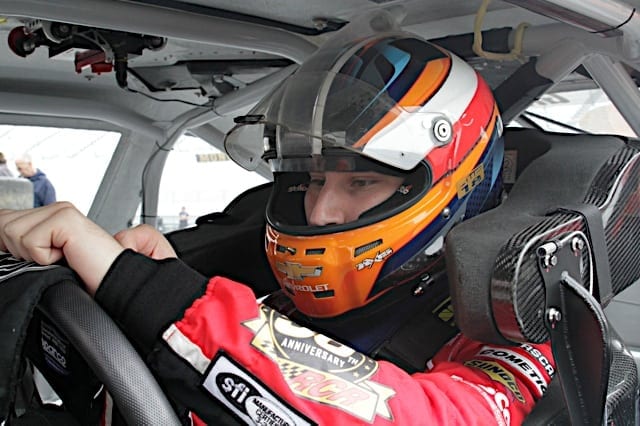 Kaz Grala returns to Richard Childress Racing’s No. 21 Chevrolet in 2020.

RCR announced in a press release on Friday afternoon the 21-year-old would race a limited NASCAR Xfinity Series schedule for the team. Grala will share the ride with Myatt Snider and Anthony Alfredo.

Last year, Grala drove the No. 21 in five races, scoring a top five at Road America and an average finish of 13th.

“I learned a lot as a driver working with RCR last year, so I feel confident that our existing chemistry as a team will lead to even better results in the NASCAR Xfinity Series this season,” Grala said. “RCR’s Xfinity Series program is top-notch, and with the No. 21 car running all year, I am excited to be a part of the team chasing yet another owner’s championship. I’m very grateful to Richard Childress for giving me this opportunity to further my career.”

Grala made a splash on the NASCAR scene in 2017 when he won the Gander RV & Outdoors Truck Series race at Daytona International Speedway. He finished seventh in points that season driving for GMS Racing. Since then, Grala has competed in 27 Xfinity races, scoring three top fives and six top 10s.

“Kaz showed quite a bit of speed and promise in the No. 21 car last year for RCR,” said Richard Childress, chairman and CEO of RCR. “I’m confident the results will show in 2020, especially after a year under his belt in our proven Xfinity program.”

No races have been announced yet for the Boston, Mass., native, but the press release stated Grala wouldn’t race until this summer.