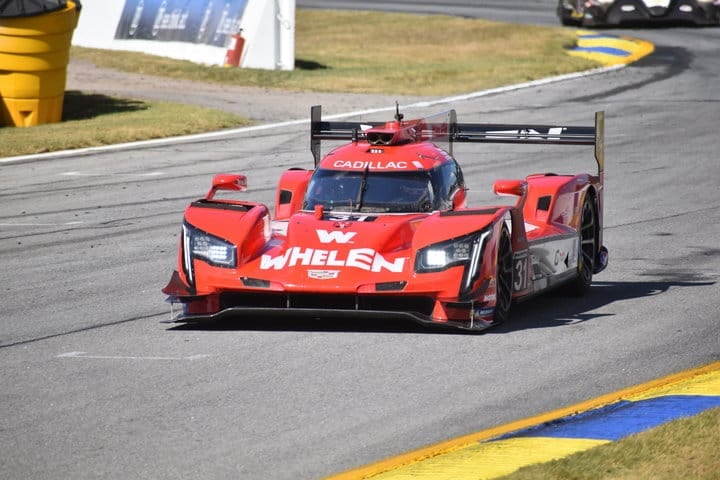 The new LMDh car in both IMSA and the WEC will be built on a common chassis that will use elements of the Hypercar chassis being developed and the next-generation LMP2 cars, which are due to debut in 2022.  The current LMP2 chassis manufacturers (ORECA, Dallara, Ligier and Multimatic) will all be able to build chassis.  All of the LMDh cars and Hypercars will have a Kinetic Energy Recovery System (KERS) on the rear axle.  This will be a common, cost-controlled part.

The move will result in teams being able to compete in both the FIA World Endurance Championship and the IMSA WeatherTech SportsCar Championship’s top class with the same car.  It opens up the well for American teams to race in the WEC, or for European teams to come to the United States and race more easily.

The current Hypercars that are being developed by Toyota, Aston Martin and Peugeot will be eligible to race in the WEC alongside the LMDh cars.  There will be a Balance of Performance (BoP) instituted in order to keep the racing fair between the two different types of cars.

Naturally, this is a significant development.  Those that are at the forefront are very pleased.

“When my father, Bill France Sr., brought the first Daytona Continental sports car race here to Daytona International Speedway back in 1962, he wanted to bring together sports car drivers, teams and manufacturers from around the world.  With the ACO, IMSA and manufacturers aligned, today’s announcement proudly takes my father’s vision to the next level,” said IMSA chairman/NASCAR CEO Jim France.

“The big winner today is endurance racing as the door is now opened to many additional competitors to compete at the highest level on both sides of the Atlantic with the same car,” Gerard Neveu, CEO of the FIA World Endurance Championship, stated.  “The two sanctioning bodies should be congratulated for their vision and spirit of collaboration.  Le Mans Hypercars and the new LMDh  cars racing together at Le Mans or Daytona will be an incredibly exciting prospect for endurance fans across the world.”

The manufacturers were readily involved in the talks that ultimately led to Friday’s convergence announcement.  Cadillac is taking a cautious approach.

“Cadillac congratulates IMSA and the ACO on their announcement of a convergence in the top class of prototype racing,” stated Mark Kent, director of Cadillac Racing.  “Since the introduction of the Cadillac DPi-V.R. in 2017 in 2017, we have had tremendous success in North America…and are encouraged at the prospect of an international formula for the future of prototype racing.  Once we obtain further details, we will evaluate if our participation aligns with our company’s future vision.”

For now, nothing really changes.  The IMSA WeatherTech SportsCar Championship still has two more years with the current DPi cars as their top class.  For the WEC, the current LMP1 cars will be the top class for the rest of the 2019-20 season, which ends in June.  The 2020-21 season will have Hypercars as the top class with non-hybrid LMP1 cars grandfathered in.