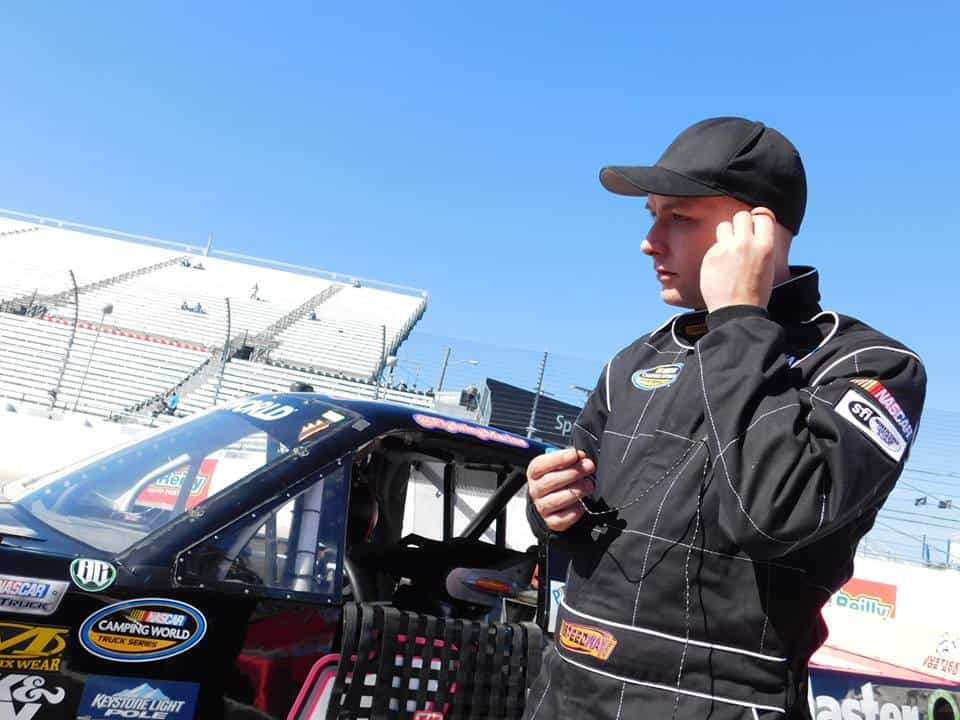 Josh White hasn’t been behind the wheel of a racecar since 2016, but that will change in 2020.

Since then, sponsorship fell through the cracks and White has been absent from driving racecars. But after getting in contact with Vizion Motorsports last May via Facebook, White was brought in to fill a marketing role to attract sponsors.

Because he’s back in the grind with a team, White thinks this is the time to make his return to the racetrack.

“I feel that due to the recent years of decline in NASCAR racing, and the recent changes by the rules, the cars and everything in the sorts of NASCAR racing, we’re experiencing a revolution in NASCAR, to where we’re not declining anymore, we’re in a rise,” White tells Frontstretch. “I have also experienced more interest in marketing partners this year coming on board and marketing partners that have never been in any kind of motorsports marketing. That adds a significant amount of value and an incentive as to, why wouldn’t I want to come back?

“I definitely think because we are in a rise, I might finally have a chance. Last time, sponsorship dried up or whatever. I felt like I didn’t have anything and nobody would want to take a look at motorsports.”

Heading into the 2020 season, White has six sponsors (Dirty Ape Ink, Saferingz, Riflecaddy, Turn 4 Racing Breaks, Bru-bag and Prym1 Camo), and if the team finds a few more, he’ll likely be running a full schedule for Vizion Motorsports between ARCA and Trucks.

During the 2019 season, Vizion went through an ownership change, allowing Cole to join the team. Originally, he was brought in to help with the marketing program toward the end of the 2018 season, though the team wasn’t a legal company.

“Basically, the story was I was brought in 2018 to help out with their marketing team and to bring up their website, social media and digital impact,” Cole said. “From there, it was to be promised money from the other half of Teddy [Brown, founder of Vizion Motorsports, current co-owner and crew chief] – and this doesn’t have to do with Teddy himself – the other person that was running and doing Vizion Motorsports wasn’t doing what they were supposed to be doing.

“After so much time of not getting paid and different things, I went in and took all of it legally. You have to go in and get all of your DBAs [Doing Business As], your LLCs [Limited Liability Company], your business credentials and everything. That was never done. The LLC, DBA and everything were never done. The EIN [Employed Identification Number] and everything for all the actual paperwork was never actually done in early 2018 to 2019. So when I filed out that there was no LLC, there was no DBA, I went in and grabbed it all to make it actually legal.”

Despite being in the automotive industry for more than 30 years, Cole says that he doesn’t have a hefty racing background, though in the past spent time on the television show Dallas Car Sharks. Years back, he was introduced to Johnny Davis, owner of JD Motorsports with Gary Keller, where he would help bring the team sponsors.

Being a team owner wasn’t Cole’s original goal, but he believes in White, stating it’s a multi-year plan to propel him through the racing ranks, even though he hasn’t driven a racecar in nearly four years.

“It’s a three-year plan to get ARCA underneath his feet, get him back into the car, get him used to being back in the seat in ARCA and then probably having him – depending on how the season goes – run some Truck [races] this year. [In 2021] it would be doing a full set of Trucks.”

The team is focused on running ARCA at the beginning of the season, knowing that it’s possible a move to Trucks could be made later in the season. The team competed in two truck races in 2018 with Brennan Poole, under its former name NextGen Motorsports.

“I’m not going to give up on Josh,” Cole adds. “Josh is working too hard. It’s not one of those things where if I think somebody is coming in with money to take him out of the car. The only reason I would take Josh out of the car at this point in time is if his actual driving is not worth that.”

But it all starts with ARCA testing at Daytona on Jan. 10-11.

“I’m looking to go to Daytona in ARCA and then it will be up to NASCAR to determine my eligibility to get back to the NASCAR Truck Series because I haven’t been racing for four years,” White says. “Daytona is me knocking off the dirt, so to speak.”

White will pilot the No. 36 Toyota in the season opener at Daytona. It will be his first time starting an event at the World Center of Racing.