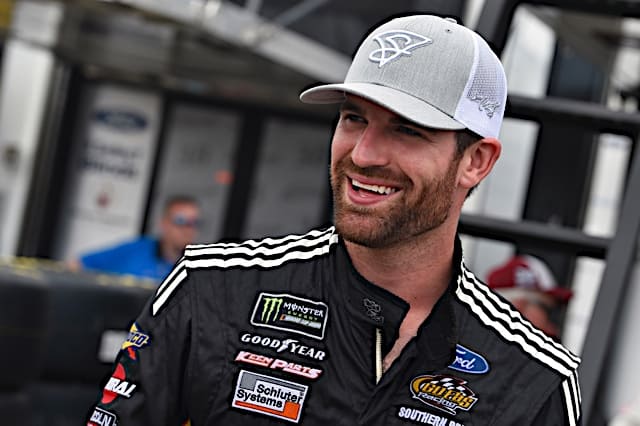 Corey LaJoie will return to Go Fas Racing’s No. 32 Ford Mustang in the NASCAR Cup Series in 2020, according to the driver’s Tuesday (Dec. 3) episode of his Sunday Money podcast.

“I don’t know if everybody was expecting that because it took a little while to get done, a little longer than both sides probably would have liked,” LaJoie said. “I’m ultimately super excited to go back.”

The one-year deal goes through the end of 2020. LaJoie also competed full time for the team in 2019.

“…Hopefully I can position myself the following year to be in something really good, but I am concentrated fully on 2020 with Go FAS,” he said.

LaJoie recorded two top 10s in his 2019 campaign, with those two finishes coming at Daytona International Speedway in July and Talladega Superspeedway in October. Failing to finish just four times, the son of 1996-97 Xfinity Series champion Randy LaJoie wound up 29th in the standings.

The team will have a Ford technical alliance with Stewart-Haas Racing in 2020.