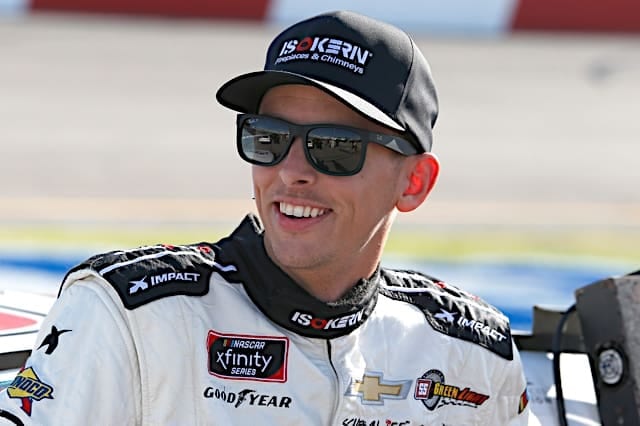 After having his best career year in the NASCAR Xfinity Series in 2019, Ray Black Jr. will return to SS Green Light Racing in 2020.

Bobby Dotter, owner of SS-Green Light Racing, confirmed to Frontstretch that Black will be back behind the wheel of the No. 07 Chevrolet next season.

“It’s so exciting,” Black tells Frontstretch. “We’ve had this locked in for a little bit now, and it’s definitely helped my stress level go down a little bit. We’ve been running really well. The car has been so fast, had a lot of good finishes. If it wasn’t for some of the DNFs, we would have been right there fighting our teammate [Gray Gaulding] in points.

“I’m super happy about it, and we’re going to continue this momentum into next year. I feel like I know what I need to do next year to make sure we dial it in better and make sure we have a chance of making the playoffs. It might be a long shot to some, but I think we can do it if we have a lot of good luck on our side and keep all the wheels underneath us, I think we can be pretty good.”

Black confirms Isokern Fireplaces & Chimneys will return as a sponsor of the No. 07 car, and Jason Miller will be calling the shots atop the pit box, a voice that is familiar to the driver.

Dotter is excited to have Black return to his race team.

“With the improvement in performance that Ray and his team have shown, in the second half of the season, I couldn’t be more excited about locking down our deal for next season,” he tells Frontstretch.

With two races remaining in the 2019 season, Black sits 16th in the championship standings, three spots better than 2016, his only other full-time season in Xfinity.

Black’s teammate Gaulding’s 2020 plans have not yet been confirmed.