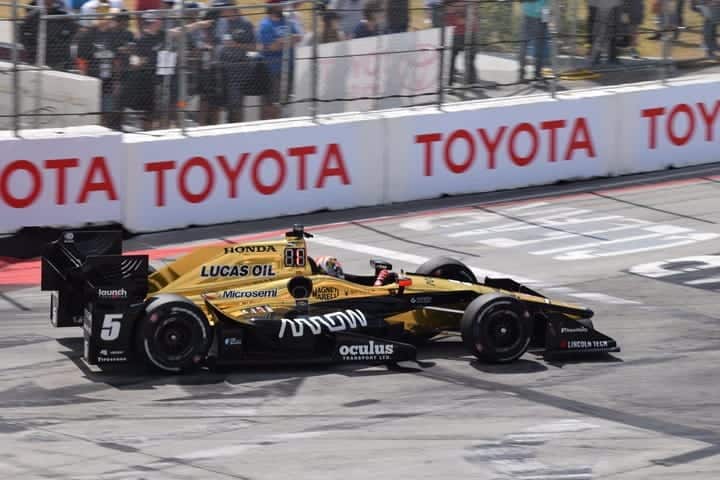 The team’s first campaign will feature the past two Indy Lights champions, as O’Ward won the title in 2018 while Askew claimed the championship in 2019.

“The new team brings together three great partners and it’s an honor to be representing them for the team and my career,” Askew said in a team release.

“I couldn’t be happier to be with Arrow McLaren SP in my first full season in IndyCar,” O’Ward said. “I’ve had some great opportunities over the last year, but this is by far the greatest thing that has happened to my career.”

During his 2018 championship campaign, also for Andretti, O’Ward amassed nine wins, nine poles, 13 podiums and a worst finish of seventh. The Mexican driver has eight starts in IndyCar for Harding Racing and Carlin Racing with a career-best finish of eighth at Circuit of the Americas in Texas.

“With our background in Indy Lights, I’ve followed Oliver and Pato closely over the past few years on the Road to Indy,” team co-owner Sam Schmidt said. “I couldn’t think of a better pairing as we write the first chapter of Arrow McLaren SP’s story.”

Of the team’s 2019 drivers, Swedish sophomore Marcus Ericsson went to Chip Ganassi Racing’s new third car, while fan favorite Canadian veteran James Hinchcliffe does not have a ride lined up yet.