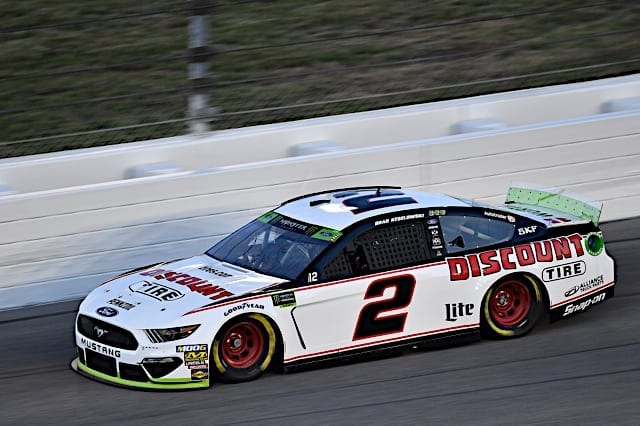 All 40 Cup Series cars turned a lap in the first practice, and Keselowski laid down the fastest lap in the final minutes with a speed of 176.499 mph. Aric Almirola was second at 176.390 mph, and Daniel Suarez, who was at the top of the leaderboard for the majority of practice, was third at 176.332 mph.

Only four playoff drivers were inside the top 10 on the speed charts after the first practice. Kevin Harvick joined Keselowski, Hamlin and Blaney in the top 10 with a ninth-place effort (174.893 mph).

The 38 cars that practiced in the second session of the day did so in conditions that likely won’t be seen on Sunday, as the practice started approximately one hour after the race will conclude.

There were no interruptions in either Cup Series practice.