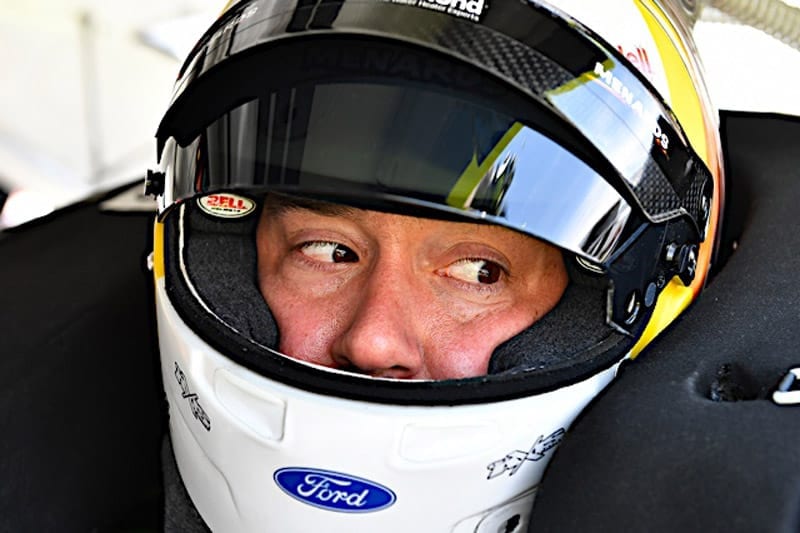 However, the main storyline occurred at the end of the second practice session. As time expired, Denny Hamlin pounded the wall and fire came out from his No. 11 Joe Gibbs Racing Toyota. Hamlin will go to a backup car.

A scary moment at @IMS for @dennyhamlin.

Take another look at what happened to the No. 11 as practice concluded. pic.twitter.com/Vz48us0CK4

Hamlin credited the contact due to a blown right front tire. He was unsure what caused the blown tire, hypothesizing he may have run something over.

In the two practice sessions, Hamlin was 11th and 15th fastest, respectively.

In the opening practice session, Chip Ganassi Racing topped the leaderboard. Larson was first and Kurt Busch was second.

Defending race winner Brad Keselowski was third fastest with a speed of 184.600 mph.

Chase Elliott and Bubba Wallace rounded out the top five. Elliott and teammate ran 22 laps in the session, most of any driver.

All 40 drivers completed at least one lap in the session.

Menard led the second and final practice session with a speed of 185.079 mph. His fastest lap was his last in the session, his 16th.

Ricky Stenhouse Jr., who has to win in order to make the playoffs, was second quickest in the session. He posted a speed of 184.151 mph.

The Cup Series drivers will be back on track tomorrow to qualify for the Big Machine Vodka 400. The race itself will begin at 2 p.m. ET with TV coverage provided by NBC.