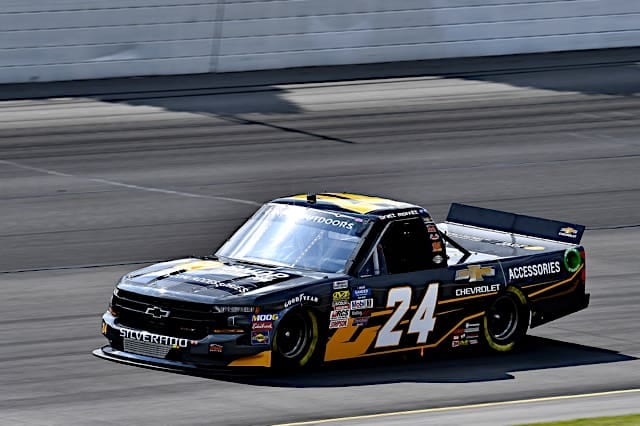 Fellow playoff driver Ross Chastain clocked in a lap of 15.102 mph in his No. 45 Niece Motorsports Chevrolet, falling just short of the lap laid down by Moffitt’s No. 24 GMS Racing Chevrolet.

Stewart Friesen got his playoff run off to a good start and will line up third alongside Ben Rhodes. The fastest Toyota belonged the youngest playoff competitor Tyler Ankrum, who qualified in the fifth position.

Of the four remaining playoff drivers, Johnny Sauter will start sixth, just ahead of Austin Hill in eighth. ThorSport Racing teammates Matt Crafton and Grant Enfinger will line up 11th and 14th respectively.

Of the 36 trucks entered, Timothy Peters, Lou Goss, Codie Rohrbaugh, and Cory Roper failed to qualify for the 32 truck field.