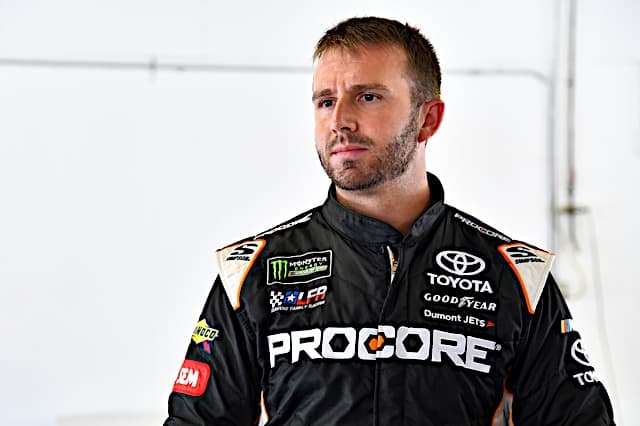 Matt DiBenedetto is back in a NASCAR Xfinity Series machine.

The driver of Leavine Family Racing’s No. 95 in the Monster Energy NASCAR Cup Series announced Tuesday (Aug. 13) that he will be back in NASCAR’s second-tier series for the series’ race at Road America on Saturday, Aug. 24.

He will be behind the wheel of Joe Gibbs Racing’s No. 18 Toyota Supra, with backing from iK9.

DiBenedetto made his start in NASCAR with JGR, piloting its No. 20 Xfinity Series entry in several races between 2009 and 2010.

“I’m so dang excited to get an extra chance to do some road course racing next weekend,” he said in the tweeted announcement.

GUESS WHAT?!?! I’m so dang excited to get an extra chance to do some road course racing next weekend for the @NASCAR_Xfinity race @roadamerica in the No.18 @iK9_Global Camry for @JoeGibbsRacing!! ??

DiBenedetto hasn’t been in an Xfinity car since 2016, when he ran 19 races in various cars for TriStar Motorsports.

His last effort at Elkhart Lake came in 2014 while driving the No. 40 for The Motorsports Group. He logged a season-best 11th-place effort at the road course, also his best finish at Road America.

DiBenedetto made the move to Leavine’s No. 95 Cup Series entry for the 2019 season and has so far averaged a finish of 20.4. He led nearly 50 laps in the Daytona 500 and has added four top-10 finishes since joining the team.