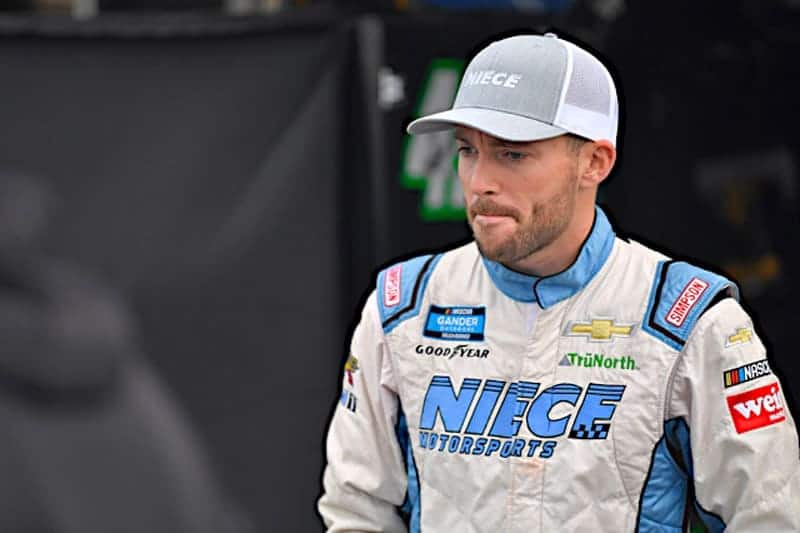 Ross Chastain won the pole for Saturday’s (Aug. 10) Corrigan Oil 200 at Michigan International Speedway with a speed of 183.772 mph.

Annnnd he does it! @RossChastain claims his first @NASCAR_Trucks Series pole of the 2019 season. ??

It is his third-career pole award in the series. #MelonManChallenge -PR https://t.co/Bz4VJ6vCRN

Starting alongside Chastain on the front row will be Christian Eckes. Eckes missed the pole by 0.008 seconds, but still drove the No. 51 Kyle Busch Motorsports Toyota around the two-mile track at 183.734 mph.

Tyler Ankrum and Todd Gilliland will make up the second row, starting third and fourth, respectively. Gilliland has to win this race in order to make the playoffs whereas Ankrum is locked in due to a win at Kentucky Speedway in mid-June.

Harrison Burton was fifth on the board at 183.211 mph. He, too, has to win the race in order to make the playoffs.

Thirty-three drivers were entered, so Daniel Sasnett failed to qualify. He lost control of his No. 0 Jennifer Jo Cobb Racing Chevrolet and made contact with the wall. Therefore, he failed to post a qualifying time.

The Corrigan Oil 200 will take place later today (Aug. 10) on Fox Sports 1. The green flag is scheduled to wave shortly after 1 p.m. ET.