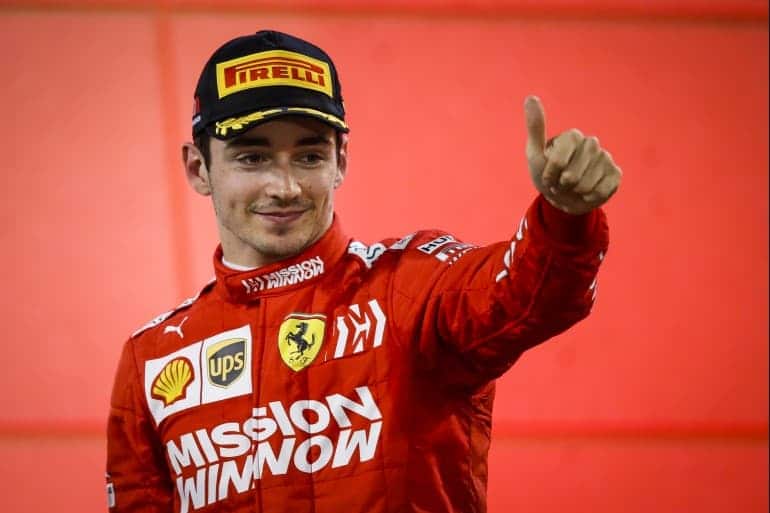 In what seems to be an upset but should not be, Charles Leclerc drove his Ferrari to pole position on Saturday (June 29) at the Red Bull Ring. This kind of result is exactly what Ferrari and their fans have been expecting all season as the cars have been fast but unable to put things together. The pole is Leclerc’s second of the season and the third for Ferrari in 2019.

Lewis Hamilton endeavored to keep Leclerc from the top starting position but could do no better than second with a time nearly two-tenths behind. Hamilton initially slotted onto the front row but earned a 3-spot grid penalty for impeding Kimi Raikkonen during the first qualifying session.

Due to the elaborate method for adjudicating penalties, Hamilton will start in the fourth spot alongside his teammate Valtteri Bottas who will be in third.  Bottas could never quite get his Mercedes hooked up on the track and may have had some residual trepidation after wrecking in free practice two and slamming nose-first into the wall. While the team obviously managed to give him a capable car, the Finn has not looked comfortable.

Kevin Magnussen enjoyed a surprising qualifying effort, considering how terrible Haas F1 has been, placing his car into the fifth position. This result was compromised by a gearbox change that dropped him five spots and into the tenth position.

Lando Norris continues to impress with McLaren and placed himself in the sixth position. Unfortunately, his teammate did not fare as well and Carlos Sainz will start the race last – though that result is not owed to time but to grid-spot penalties as his time would have put him in the top ten.

Earning the sixth position is the aforementioned Raikkonen, who did well with his Alfa Romeo, though it looks like the team might be onto something as his teammate, Antonio Giovinazzi will start beside him.  or a team that fails to earn much press, Alfa Romeo is improving and benefiting from the strong Ferrari power plant.

Red Bull’s second driver, Pierre Gasly, will start eighth with Sebastian Vettel beside him. Vettel looked to be one of the two fastest cars, as Ferrari has been incredibly strong so far in Austria, but he could set no time due to a mechanical issue. He would have started in tenth but the Magnussen grid penalty pushed him down one position.

Romain Grosjean illustrated an improved pace for Haas by taking eleventh but the team needs to show that it can keep themselves together throughout the race and not drop like a stone once the lights go out to start.

Perhaps one of the disappointing stories would be the results accompanying Renault. After a disappointing French GP, they were unable to move forward and both their drivers will start in the second-half of the field. Daniel Ricciardo earned twelfth and his teammate, Nico Hulkenberg, clocked a similar time, but Renault does not seem to be improving in the same way that McLaren is – the team they supply engines to.

The Austrian Grand Prix has been one of those off and on again events, though it began in 1964. Since 1970, the races have been held, mainly, at once was the Österreichring. The track, now known as the Red Bull Ring, is difficult because of its sweeping turns and elevation changes. It is a relatively short track, just under three miles in length, or about 2.7 miles, features what last year was nine turns but is now deemed to have ten by the FIA. Since the series returned to the track in 2014, Mercedes has won four consecutive races with Nico Rosberg winning two, Lewis Hamilton winning one, and Valtteri Bottas earning the victory in 2017. Max Verstappen broke the string with his win in 2018.