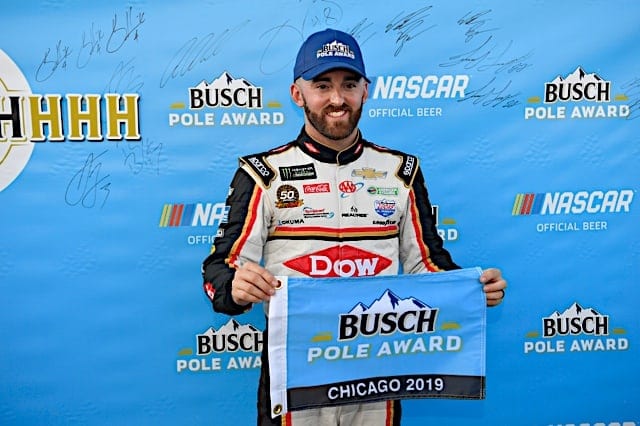 Austin Dillon posted a fast lap time of 30.636 seconds at 176.263 mph to win the Busch pole award. This is Dillon’s third pole of the year and first at Chicagoland.

A fresh haircut, a slick looking @DowRacing scheme and a fast Chevrolet. @austindillon3 will lead the field to the green flag on Sunday at @ChicagolndSpdwy! pic.twitter.com/TQnhKBxkKw

William Byron, who qualified 11, will have to start Sunday’s race from the rear of the field after an engine change:

.@williambyron will qualify this evening for pit stall selection but will start Sunday’s race @ChicagolndSpdwy from the rear of the field due to engine change. https://t.co/3BmejXl0hn

The official starting lineup will be released Sunday after all vehicles go through pre-race tech inspection.