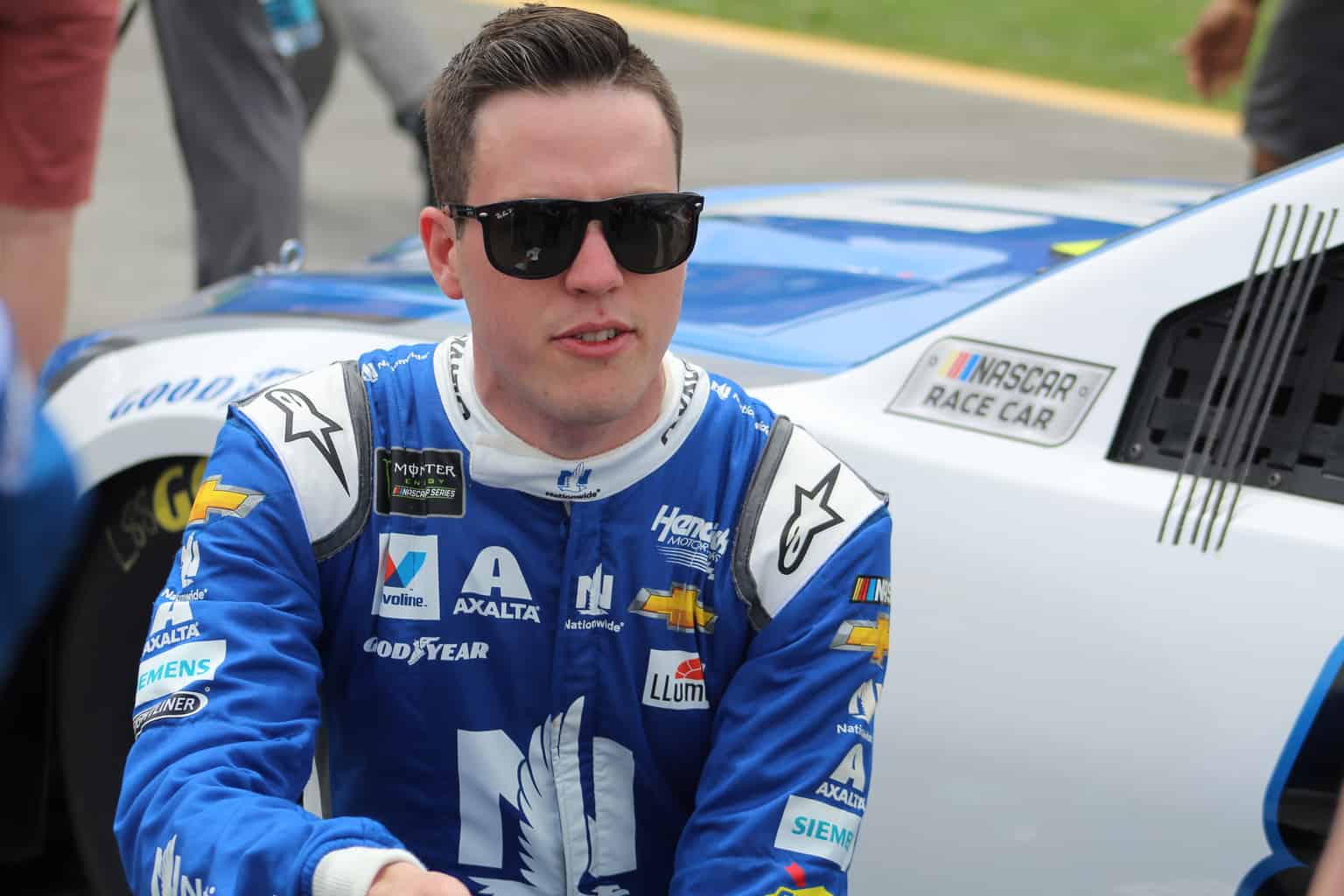 Kansas Speedway is maybe the most bland of all the cookie-cutter racetracks, which is saying something. But does the quality of racing this past Friday and Saturday night mean that NASCAR has finally figured out the right recipe for good racing there? Or could it just indicate that this was an anomaly, simply a fantastic batch of cookie dough?

It was an unusual weekend, though. Seven Chevrolets in the top 10, featuring drivers like Chris Buescher and Tyler Reddick? Both Chip Ganassi Racing cars running well at the same time? Kyle Busch nowhere to be found? Three Hendrick cars up front again? And possibly the biggest mystery: How did 11 cars fail pre-race inspection? That’s over a quarter of the field.

How about Alex Bowman? Dale Earnhardt Jr.’s replacement drove the No. 88 Hendrick Motorsports Camaro to his third straight runner-up finish. In the past three races, he’s vaulted nine positions in the championship standings to 12th, well above the playoff cutline.

Yes, Ryan Blaney does have four top-10 finishes so far this season, and he’s 10th in the standings. On the other hand, he’s finished off the lead lap seven times and his average finish is 18th. For as elite an organization as Team Penske is, that’s concerning.

Erik Jones drove his Joe Gibbs Racing No. 20 to his fifth top-10 finish of the season and his second in a row, battling for the lead late and matching his season-best finish. Unlike his teammates, he hasn’t won yet in 2019, but it seems likely that he will before the playoffs begin.

Matt DiBenedetto‘s engine blew up Saturday night. That was just the latest setback for the Leavine Family Racing No. 95 team this season, which has three official DNFs but has seemed to run into mechanical woes just about every weekend. Their transition to Toyota was expected to hit some speed bumps early, but only three top-20 finishes, one-third of the way through the season is rougher than they probably planned on.

KEITH: DESPITE STRUGGLES, PASSION SHINING THROUGH FOR MATT DIBENEDETTO, LFR

Clint Bowyer earned his fourth top-five and his seventh top-10 through 12 races in 2019 on Saturday night at his home track. The veteran Stewart-Haas Racing driver currently sits ninth in the points.

StarCom Racing cut back to just one team this season, with Landon Cassill driving the No. 00 Chevrolet, but 2019 hasn’t been kind. Their best finish came in Daytona at 24th — where they failed to finish due to crash damage. Cassill is averaging a qualifying effort of 31st each week, and he’s finishing there, too (31.1). Maybe it’s time to restart the part-time No. 99, as competition might do them good.

Joey Gase drove an MBM Motorsports  car this weekend, which doesn’t usually raise much interest, as they tend to fall to the back end of the running order. However, he didn’t pilot the No. 66 this weekend, but instead the No. 46, which was solid black as it ran without sponsorship. I think this is the first time ever that MBM has run multiple cars in Cup, so it’s a first, small step in an underdog team’s development, which is why it merits this space.

Race winner Brad Keselowski is a smart dude. Maybe we should have expected the good race after seeing this tweet. The win was Keselowski’s 30th Cup Series triumph and third of the season, tying him with occasional nemesis Kyle Busch.

I honestly feel like tonight @kansasspeedway might be one of the best 1.5 mile track races we’ve seen in a long time. Should be fun. https://t.co/X9I6YoG6jW

Seeing these pictures makes me root for @AlexBowman88 even more. I want him to win now more than ever. I cannot accept him looking like he just watched the last 20 minutes of "Marley And Me" ANY LONGER. #NASCAR pic.twitter.com/BN7iTfvQrW

The teams travel to NASCAR’s home base in North Carolina for two weeks of racing at Charlotte Motor Speedway.

The Truck Series continues in the North Carolina Education Lottery 200, which gets underway on Friday, May 17 at 8:30 p.m. ET, with TV coverage on FS1. A ThorSport Racing driver should find Victory Lane.

Fans will likely not be able to figure out the format of the All-Star Race until it actually begins. The All-Star Race will begin on Saturday, May 18, around 8 p.m. ET on FS1.

The Xfinity Series is back in action on Saturday, May 25, with the Alsco 300, Charlotte Edition (there are three races with the same name this season) at 1 p.m. ET on FS1. If he’s entered, Kyle Busch should roll. If he’s not, it might be Chase Briscoe‘s time to get back into Victory Lane.

Finally, the longest Cup Series race of the season, the Coca-Cola 600, will begin around 6 p.m. ET on Sunday, May 26, to close out the biggest day in racing following the Formula One Monaco Grand Prix and IndyCar’s Indianapolis 500. The Coke 600 will be shown on Fox, and fans will be praising Darrell Waltrip’s final race on broadcast television, though they will eventually (after several years) miss having his presence in the booth.