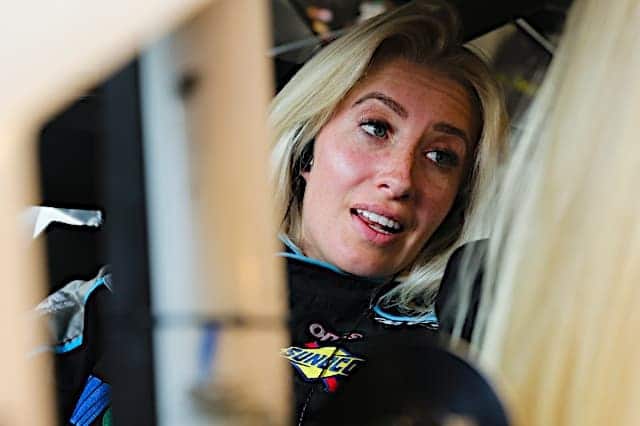 Welcome to the team @Angela__Ruch!

Ruch has competed in three NASCAR Gander Outdoors Truck Series races in her career, two of which came this season driving the No. 8 NEMCO Motorsports Chevrolet. She began this season with an eighth place finish in the NextEra Energy 250 at Daytona International Speedway. She also finished 16th in the Strat 200 at Las Vegas Motor Speedway.

She also will star in a new TV docu-series this spring entitled “The Ruch Life,” which will focus on how she balances her racing career, her relationship with her husband, and her role as a mother as she and her husband recently adopted a new baby.