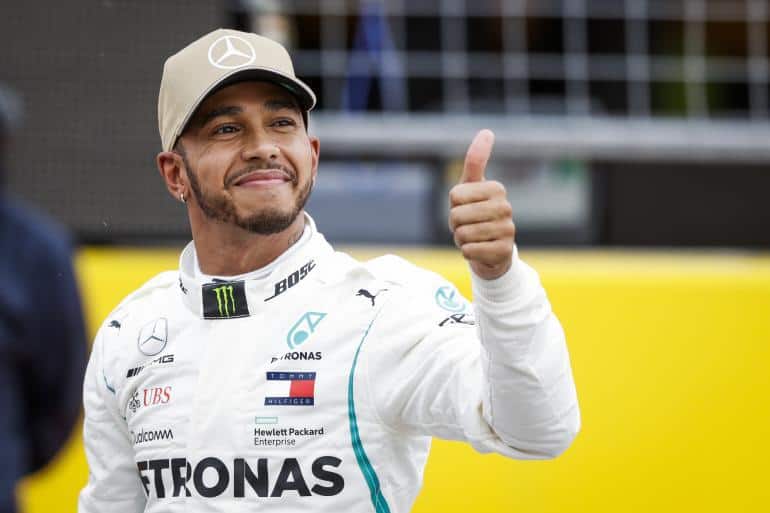 The Circuit of the Americas track outside of Austin, Texas may have provided its best race yet this past weekend. With Kimi Raikkonen pipping Lewis Hamilton at the start, Formula 1 benefited from a surprise outcome, keeping intrigue in the titles but also providing a different storyline to the season. Raikkonen, age 39, has been an entertaining figure the past few years in the sport – as quotable as his talent is frustrating.

His win was a popular one, a final acknowledgment of a long career in the sport. That comment intimates that he is already done and does not have two more years of driving at Sauber. The reality, as anyone who follows the sport knows, is that Raikkonen would need a perfect conflation of luck, coincidence, and performance to win while at the second-tier team. As the last four years have shown, the chance of winning when not with one of the top three teams is about nil. Or less than that.

That tangent aside, the race was a wonderful one. Mercedes faltered in their pit-stop strategy. Ferrari were on their game. Sebastian Vettel pulled another Sebastian Vettel, which is to say that he got in his own head and conjointly in his own way and made his fourth-place finish as difficult as possible. If thereʻs anything that has been a major storyline since the summer break, it has been the self-destructive nature of Vettelʻs moves, as he has all too frequently started at the front only to fall back and have to work his way through the field.

In Texas, COTA, provided another place to watch this narrative play out.  It also allowed for watching Raikkonen manage his race as a master should. These two stories hide the fact that Max Verstappen again showed to be a maturing, yet aggressive driver, as he kept Hamilton frustrated and took the second step on the podium

The stage was set for Hamilton to win at COTA and he couldnʻt pull it off. Thatʻs the best storyline the track has had in ages as it has faced declining attendance and financial issues but this time provided a venue for a race worth watching.  It was something the track, and USGP fans have needed and should portend well going forward (especially now that the Miami idea has been put on hold).

– Two weeks ago, the FIA announced that they would be debuting a female-only racing series for 2019.  The schedule would consist of six races of approximately 30 minutes in length at various tracks on the F1 schedule.  The cars they would drive would all be identical, though receiving organizational support — hence it would look similar to the first three years in Formula E where the carʻs terms were dictated by the governing body. The field, should things go as planned, would be comprised of 18-20 drivers who earned their seats on merit.

The goal of the racing series is to potentially find the next female F1 driver.  The series is being launched as an initiative to assist female drivers who, as a group, find it greater to move up in the sport. While the winner is guaranteed money, she is not necessarily guaranteed a spot on the F1 grid. That doesnʻt mean a team might not seek to place the winner in the FP2 or into a role as reserve driver.

The intent here is, well, decent. The execution is, well, dubious. One of the foremost things that came to mind is that such an announcement and any potential races are an investment to draw in female fans of F1. The sport has been losing viewers of late, and one way to address that issue is to find a new market. The sport of NASCAR had similar success in the 2000s as it realized the potential of selling itself to the female market, growing their share to nearly 45% of the fanbase at one point.

Casting off the jaundiced eye, the question that arises is whether or not this idea is a good one and will accomplish what it is meant to do. Purists will likely argue that female drivers need to race against their male counterparts to show they are worthy, and thus the series is useless. Some feminists may see it in a similar fashion.

But the reality is that female drivers carry a stigma with them that makes it difficult to get to support. They are often seen as the lesser in conjunction with being held to standards of beauty that have little to do with racing.  This series, in many ways, seeks to allow female drivers a place where they can make their name known and might find future opportunities.

Motorsport involves many challenging aspects and like any male-dominated field, there is further difficulty for females to breakthrough. One side sees this kind of idea as a corrective. The other side reckons with the fact that motorsport is one of the few sporting endeavors where the equipment, the car, brings the two gendered bodies closer in competition than almost anywhere else.  The question shouldnʻt rest with whether or not the idea is a good, bad, stupid, brilliant, or questionable one, but rather will the driver who wins be able to find success going forward.

Built in 1962 in a park, the Autodromo Hermanos Rodriguez circuit is one that has seen a number of changes over the years. The most prominent is alterations to the nearly 180-degree Peralta turn, where Ricardo Rodriguez died in an accident in the first year.  Its high altitude makes things difficult both for the mechanical set-ups but for the drivers as well.

The track layout features 17 turns and just over 2.6 miles in length.  Jim Clark leads all drivers with three victories, while Mercedes drivers have claimed the two races since the race’s return to the schedule, with Nico Rosberg winning in 2015, Hamilton doing so in 2016, and Max Verstappen pulling out the win in 2017.