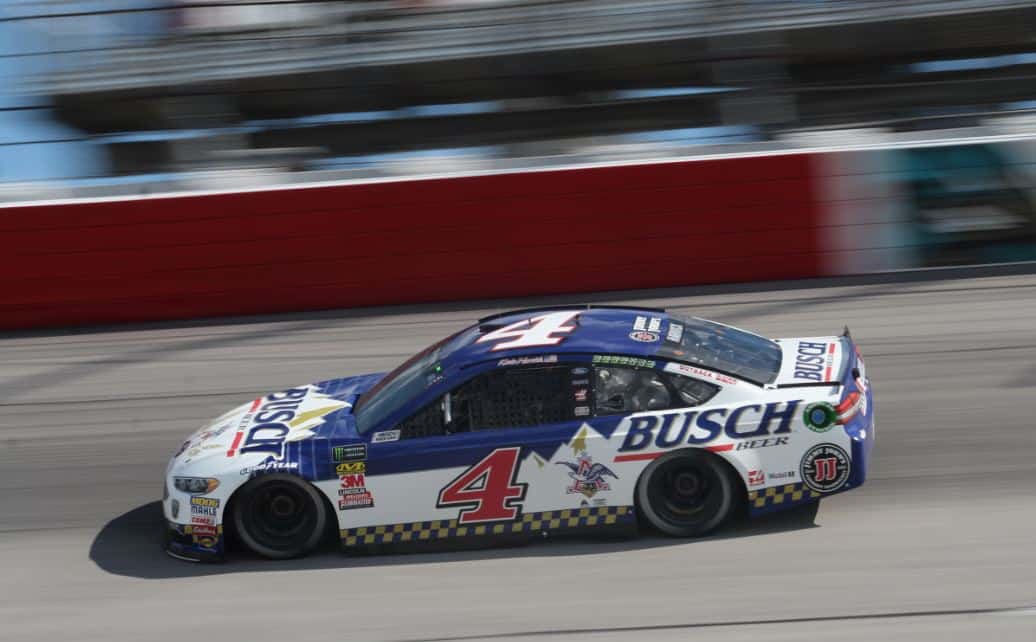 Kevin Harvick looks like the pick from the Frontstretch staff (Photo: Zach Catanzareti)

Welcome to the 11th season of the Frontstretch Cup. It’s a year-long competition in which the Frontstretch staff and guests from around the NASCAR world attempt to predict the winner of each Monster Energy NASCAR Cup Series race.

This season, we are joined by driver Corey LaJoie.

Think you can do better? Leave your picks in the comments section below.

Each week, Cup drivers will be ranked in order of their respective FanDuel price. With 38 drivers on the Dover entry list, competitors select one driver ranked from 1-10 and one driver from 11-38. They then choose the two drivers they believe will either win the race or finish well.

Each driver will receive points on an inverted finishing position system. For example:

There will also be no limit to the number of times a driver can be picked throughout the season.

Without further ado, here are this week’s rankings.