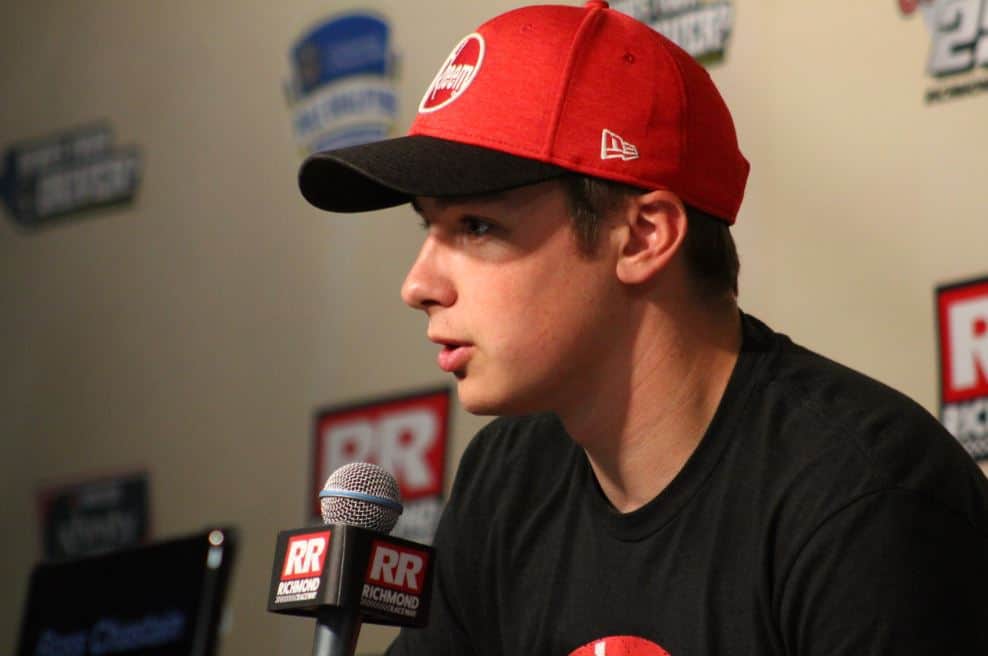 Christopher Bell will start on the pole for Friday night’s XFINITY Series Go Bowling 250 at Richmond Raceway, after turning a lap at 118.990 mph in the final round of qualifying.

Bell, who won the spring race at Richmond, will be looking for his fifth win of the season. It’s his fourth pole of the season and first on a short track.

Starting in second will be Dale Earnhardt Jr., who is starting his only race of the season on Friday night. Earnhardt Jr. has won four previous XFINITY Series races at Richmond, with his most recent being the spring race in 2016.

After Earnhardt on the grid will be a gaggle of playoff drivers: Ross Chastian in third, Cole Custer in fourth, Justin Allgaier in fifth, Daniel Hemric in sixth, Ryan Truex in seventh, Brandon Jones in ninth, and Matt Tifft in 10. The four playoff drivers starting outside of the top 10 are Austin Cindric (11th), Elliott Sadler (13th), Tyler Reddick (14th), and Ryan Reed (21st).

There were originally 41 teams entered in the race. However, Cody Lane Racing withdrew Friday morning. As a result, no one failed to qualify.

Coverage of the Go Bowling 250 begins with Countdown to Green at 7 p.m.  Friday night on NBCSN.  The green flag is scheduled to fly around 7:45.