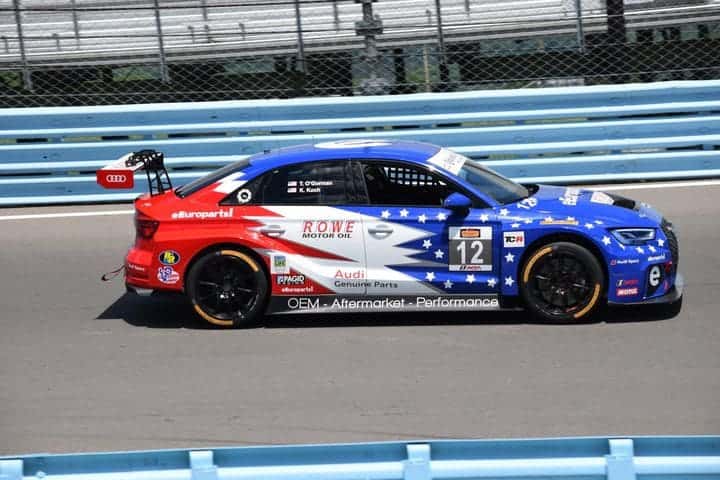 For the IMSA Continental Tire SportsCar Challenge, the series has one of their larger entries of the season.  37 cars are entered in Saturday morning’s two-hour sprint race at Lime Rock Park.  Unlike many tracks on the calendar, a 37-car grid at Lime Rock will stretch pit capacity to the max and lapped traffic will be an issue early and often.

In the Grand Sport class for GT4 cars, there are 21 cars entered.  There are no major driver changes of note, but there are a couple of cars on the list that did not race a couple of weeks ago at Canadian Tire Motorsports Park.  Winward Racing/HTP Motorsport’s No. 57 Mercedes did not race at CTMP after Bryce Ward crashed at Watkins Glen the week before.  KohR Motorsports’ No. 59 Ford Mustang GT4 for Joey Atterbury and Jack Roush Jr. did not race as well.

There is an unannounced driver that will be racing alongside Rob Ecklin Jr. in Automatic Racing’s No. 99 Aston Martin.  Also, Chase Briscoe, fresh off his victory in Wednesday night’s Eldora Dirt Derby, will trade his pickup truck for a Mustang this weekend.  Should be quite the contrast.

The TCR class has 10 entries this weekend, a season high.  The eEuroparts.com team has brought back their second Audi RS3 LMS Club Sport.  Kenton Koch told Frontstretch at Watkins Glen that the team wanted to see what they were capable of with the second car.  Pirelli World Challenge veteran Tom O’Gorman will once again join Koch in the car.  Both the RS Werkes Racing and Rumcastle teams that skipped CTMP are back, along with two new teams.

Strom Motorsports has entered the No. 67 Audi for Brett Strom, who was quick in a Porsche Cayman GT4 Clubsport MR last weekend in Portland and David Depillo.  In addition, Roadshagger Racing is debuting their Audi, the No. 61 for Gavin Ernstone and Jonathan Morley.

In Street Tuner, there are six teams entered.  Essentially, you have the five full-time teams, plus the part-time Riley Racing squad since Lime Rock is their home track.

The Lime Rock Park 120 is scheduled to go green at 11:10 a.m. Saturday morning.  The race will be streamed live at IMSA.com and FansChoice.tv.