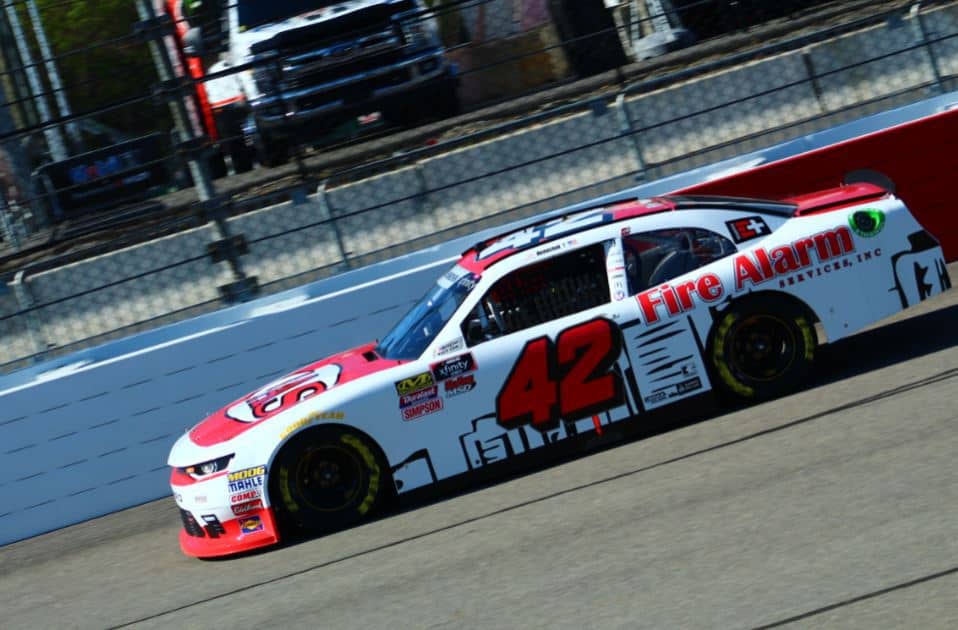 Nemechek, driving the Chip Ganassi Racing No. 42 Chevy that Tyler Reddick drove to the victory at Kentucky last fall, and that Kyle Larson has won the two most recent NXS races with, posted a best speed of 180.886 mph to lead all drivers.

34 cars participated in the practice, Busch completing the most laps at 27, JJ Yeley completed the fewest at three.

There was a brief pause in the action after Ross Chastain got into the wall.

Dillon completed the most laps this session with 40, while Josh Reaume turned the fewest with two.