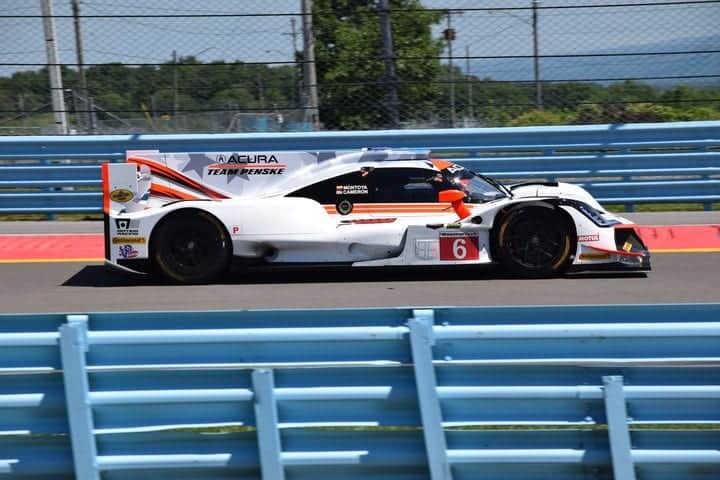 Acura Team Penske continued to show their pace on Saturday morning with Dane Cameron turning in the fastest lap of the weekend to top Practice No. 3.  However, the session ended early due to a huge crash for Mazda Team Joest’s René Rast.

With just a couple of minutes remaining in the session, Rast spun in turn 4 (exit of the Esses) after having contact with Park Place Motorsports’ Patrick Lindsey and impacted the barrier.  The impact flipped Rast’s Mazda RT24-P onto it’s roof, where it slid to a halt on the backstretch.

This is admittedly a terrible picture, but here’s the scene at the crash from one of the cameras. Rast’s No. 77 is upside down here. pic.twitter.com/wdvOiEbPoD

Rast was able to exit the car under his own power.  He was taken to the Infield Car Center, where he was checked and released.

Cameron’s quick lap of 131.648 mph was one-sixth of a second faster than JDC-Miller MotorSports’ Simon Trummer in the No. 85 ORECA 07-Gibson affectionately referred to as the “Banana Boat.”  CORE autosport’s Colin Braun was third quickest in his ORECA 07, followed by United Autosports’ Paul Di Resta.  Tequila Patron ESM’s Olivier Pla was fifth.

In GT Le Mans, Richard Westbrook is three for three on the weekend, topping the session with a lap at an average of 119.427 mph.  That lap was one-seventh of a second faster than Joey Hand in the No. 66 Ford.  Porsche GT Team’s Patrick Pilet was third, followed by Corvette Racing’s Antonio Garcia.  Earl Bamber in the No. 912 Porsche was fifth.

In GT Daytona, 3GT Racing’s Lexus RC F GT3s ruled the roost.  Kyle Marcelli was fastest in the No. 14 with an average speed of 116.728 mph.  That lap was four-hundredths of a second faster than teammate Jack Hawksworth.  Montaplast by Land-Motorsport’s Sheldon van der Linde was third, followed by Squadra Corse Garage Italia’s Daniel Serra.  Meyer Shank Racing’s Lawson Aschenbach was fifth in the No. 93 Acura.

Next up is qualifying, which is scheduled for 11:30 a.m. Saturday morning.  The session will be streamed live at IMSA.com and FansChoice.tv.